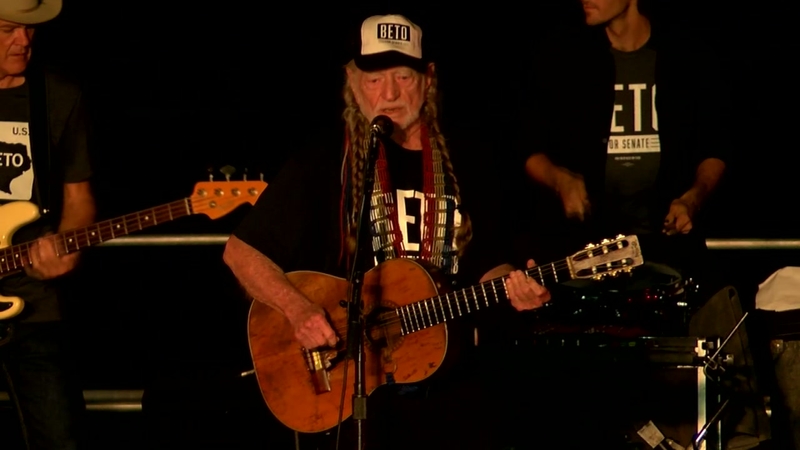 The singer posted a photo on Twitter of Saturday's event, where he performed a song called "Vote 'Em Out."

Earlier in September, Nelson received backlash from fans after they learned he would be headlining O'Rourke's rally.

The country music legend is set to headline an event in Austin for Democratic Senate hopeful Beto O'Rourke.

After dozens of fans weighed in on his Facebook page, the music legend responded to their uproar.