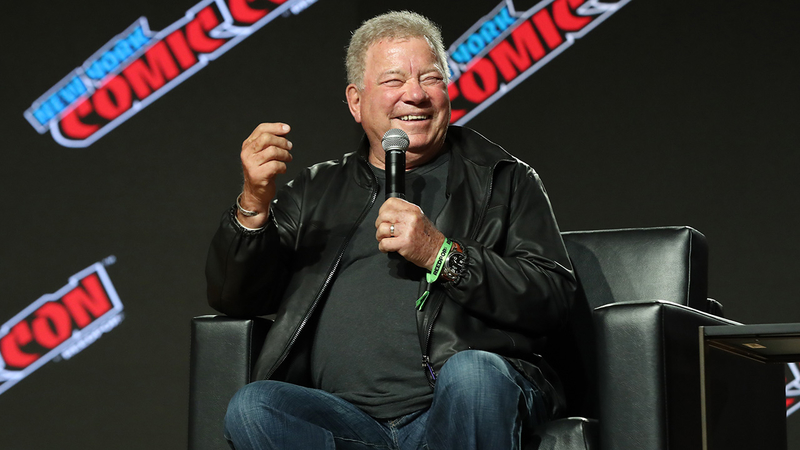 Actor William Shatner gets ready to blast off into space

VAN HORN, Texas -- Captain Kirk is still planning to rocket into space -- but needs to wait at least one more day.

Due to forecasted winds in West Texas we are pushing #NS18 launch target to Wednesday, October 13. Liftoff is targeted for 8:30 am CDT / 13:30 UTC. Live broadcast begins at T-90 mins on https://t.co/7Y4TherpLr. Stay tuned for more details.

The company announced Monday that Shatner would join three others aboard the capsule, boldly going where no other sci-fi actors have gone.

"I plan to be looking out the window with my nose pressed against the window. The only thing I don't want to see is a little Gremlin looking back at me," he said in an interview released by Blue Origin, referring to his character in a 1963 episode of "The Twilight Zone."

Shatner will become the oldest person to go to space. His flight will last just 10 minutes and reach no higher than about 66 miles. Shatner will experience about four minutes of weightlessness before the capsule parachutes back to the desert floor, not far from where it took off.

🤣 It’s never too late to experience new things my friend. Hope you are well. 👍🏻 https://t.co/90mVBUKRxq

The actor played the role of the USS Starship Enterprise's commander for three seasons, from 1966 to 1969. He also portrayed Captain Kirk in seven movies, directing one of them.

Shatner spoke to a crowd at New York Comic Con on Thursday and joked about his scheduled blast-off.

"We're human beings, we make mistakes," he said. "I'm thinking, I'm going up in a rocket and our best guess is it should be fine. So there is a little niggling fire of terror. I'm terrified. I'm Captain Kirk and I'm terrified!"

To the crowd's laughter, he said the feeling is not constant.

"You know, I'm not really terrified. Yes, I am. It comes and goes like a summer cold," he told the laughing audience.