Will Nguyen remains missing after his arrest during protest in Vietnam, family says 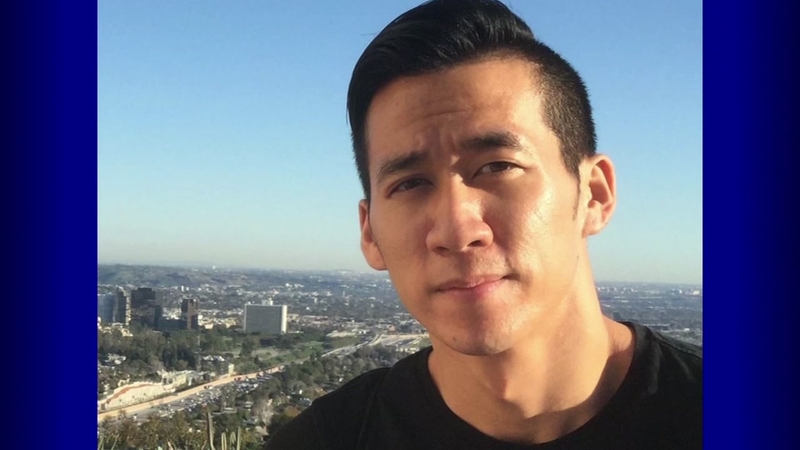 Houstonian remains missing after being last seen at protest in Vietnam

HOUSTON, Texas (KTRK) -- "I don't know where he is. Nobody knows for sure. That's a desperate situation," said Victoria Nguyen.

Nguyen told Eyewitness News via Facebook video chat that she woke up to a number of messages from people saying her brother was in a Vietnam jail.

"I honestly don't know much about it," she said.

Native Houstonian Will Nguyen, 32, is a well-educated and passionate activist. He's a Yale alum who was currently studying public policy in Singapore. His sister said he was on vacation and making a stop in Vietnam, when he decided to take part in a protest there.

"It was something he was excited about. It's rare in Vietnam there's protests in general," she said.

However, it seems things took a different turn for her brother who was apparently beat up and taken to jail. The family is still not sure why.

"I feel like I'm trying to do everything I can to get him out of that situation," she said.

She's currently in the Washington area with some of her brother's friends looking for lawmakers to help.

"So we just really have been storming the Hill and sitting down with anyone that will hear us," she said Friday.

A senator from California is now advocating for her brother. She wrote a letter to the president.

"We need the United States to intervene and get involved. We are asking the president to assist and help find Mr. Will Nguyen and also get him released home safely to his family in Texas," said Republican State Sen. Janet Nguyen, who is not related to Will.

The family is hoping that will be the case.

New developments Friday indicate several California lawmakers were able to reach the U.S. Embassy in Vietnam. They released the following:

The 32-year-old Nguyen, a graduate student studying in Singapore, was arrested by government authorities while taking part in a peaceful protest on June 9 in Ho Chi Minh City against the Vietnamese government's economic and censorship policies.

Congressmen & State Dept said they've never seen anything like this in terms of people mobilizing in support. I believe them! What's keeping me going: thinking about how Will's going to feel when he's released & finds out how hard everyone has been working for him. #freewilly pic.twitter.com/vxviy30eCC

At the conclusion of the hour-long call, the Members of Congress released the following statement:

"In speaking today with the Ambassador, we expressed not only our own serious concerns about the arrest and imprisonment of William, but the concerns of a growing number of Congressional Members.

"Our main message to the Ambassador was that William must be released and he must be released immediately. Our expectation is that the U.S. Embassy in Vietnam and the U.S. government do whatever it can--at the highest levels--to obtain this release. We also requested that the State Department notify the Vietnamese government that our country expects William, as a U.S. citizen, to be treated well and fairly while in custody.

"We were thankful that U.S. Embassy officials were able to meet with William today and spend some time with him. The officials found William in good spirits, and recovering well from the physical injuries he received during his arrest.

"Our next step will be to contact President Trump and Secretary of State Mike Pompeo to express the need for immediate action at the highest levels to achieve William's release. We will also be communicating our concerns and expectations over the treatment of William to the Vietnamese Ambassador to the U.S.

"It is in the best interest of the Vietnamese government, and their continuing relations with the U.S., to release William. The recent praise Hanoi received following the release of activist Nguyen Van Dai should make clear that the international community is watching and will respond accordingly to acts of civility and justice.

"We will remain in contact with Ambassador Kritenbrink to monitor William's situation, and we will continue to work with both our government and officials in Vietnam to obtain the immediate release of William."

In addition, William's family - who have been in constant communication with members of Congress - has issued the following statement:

"Our pursuit for justice in William's detention has been overwhelmingly supportive. From friends and family dropping everything and extending themselves, to every Member of Congress accommodating last minute meetings, and going above and beyond to advocate on Will's behalf is absolutely humbling. But, most of all, it really reflects that type of influential human being he is. We were able to share his story with almost every major international news outlet and channel. But, that's not enough. We want him home. His friends want him home. We demand that he immediately be released. And simply just that. This has escalated out of control and we demand justice."
Report a correction or typo
Related topics:
houstonmissing manasian americanu.s. & world
Copyright © 2021 KTRK-TV. All Rights Reserved.
MISSING MAN
Crews use new technology to search for missing TXST student
Crews use new technology to search for 21-year-old TXST student
New search planned for Texas State student missing for 10 months
No evidence Brian Laundrie is hiding in NC despite rumors
TOP STORIES
9-year-old has been dead inside apartment for a year, HCSO says
Human remains found in forest preserve ID'd as missing airlines exec
Procession route announced for fallen Harris County Pct. 4
James Michael Tyler, known for 'Friends,' dies of cancer
Woman killed while checking on passenger on Katy Fwy, police say
Girl survives dad's fatal wrong-way crash, deputies say
Flight from New York to Los Angeles makes emergency landing
Show More
SB lanes of I-45 blocked by multi-vehicle crash at Shepherd, HPD says
2 on the run after woman shot to death at N. Harris Co. hotel
Fans' chaos outside NRG causes rapper's concert to get canceled
Baytown man arrested for smuggling people into SE Texas, DPS says
Family of robbery victim calls out judge who granted suspect bond
More TOP STORIES News