Wild chase through quiet neighborhood picked up on doorbell cam 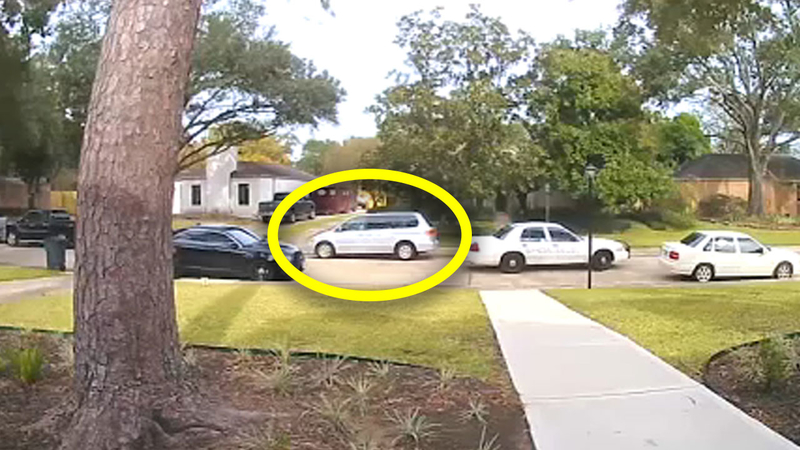 Suspect drives through yard to get away from police

"Surprised for it to even happen in this neighborhood," said Scott Miller, who witnessed the chase.

A suspect led police on chase through neighborhood, but they got him in the end.

It happened on Lynbrook Hollow Street around 10 a.m. Wednesday. Miller was working on renovating a home when he saw the chase go through the front yard.

"He (the driver) came up on the driveway, peeled out on my lawn, went all the way across the neighbor's yard to escape the police and then they continued the chase on out the neighborhood, and we were just like, 'What happened?'" Miller said.

Houston police officers got involved and even had to use their helicopter to follow the car.

"I heard a loud boom noise, so I came out to see what was going on, and I saw a helicopter going over my head," said Melinda Allen, whose truck was hit during the chase.

"This was just out of ordinary, just crazy," Allen said.
While Allen's truck was struck, the fleeing driver missed Miller's truck. He said it's lucky no one else was out here when it happened.

"There's neighbors walking their dogs, kids going for a stroll, and I'm just glad that nobody got hurt," Miller said.

Police caught up with the driver and arrested him. They haven't said yet why the chase started.