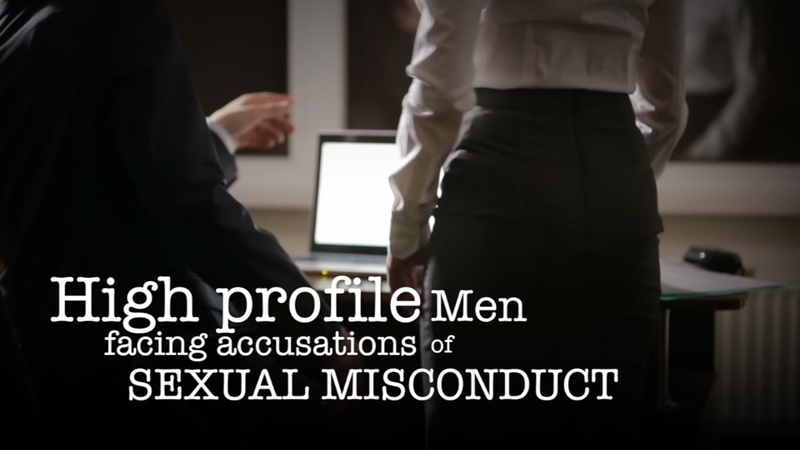 As more women have felt empowered to come forward, many famous men have been accused of sexual harassment in the workplace. The fallout has cost some men even their jobs.

Weinstein was swiftly removed from the company he founded, and he's been kicked out of the Academy of Motion Picture Arts and Sciences.

A number of actors are among those who have faced fallout from the scandal. Jeffrey Tambor has announced he is leaving "Transparent." Kevin Spacey was suspended from "House of Cards" after several former or current cast and crew members leveled accusations. Netflix said that it has written actor Danny Masterson out of the comedy "The Ranch" with Los Angeles police investigating sexual assault claims against him that date back to the 2000s.

Politicians are facing allegations as well. Senator Al Franken has been accused of kissing and groping a broadcaster when they performed together during a USO tour. Franken has since resigned. U.S. Rep. John Conyers -- beset with allegations of sexual harassment by former staff members -- announced that he is retiring.