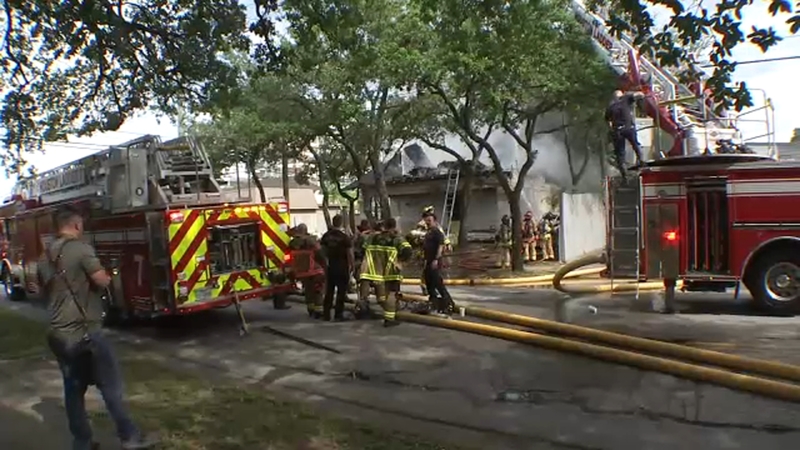 The fire department said it worked on an incident in the 900 block of West Alabama Street, near Montrose Boulevard.

A tweet posted by HFD Monday morning showed smoke rising above a neighborhood.

Heavy emergency traffic forced a shutdown of traffic at Alabama and Montrose.

HFD has not disclosed what caused the fire.

The fire department later confirmed the home was abandoned and that no one was injured from the incident.

⁦@HoustonFire⁩ is on scene of a house fire on the 900 block of Alabama. Please avoid the area due to heavy emergency traffic. ⁦@FireChiefofHFD⁩ pic.twitter.com/6WacJdJj1c