KTRK
By Marla Carter
TOMBALL, Texas (KTRK) -- It has been two years since a Tomball woman was shot and killed in her driveway.

She had been setting up for a garage sale to make a little extra money since she and her husband were planning an anniversary trip to Disney.

Now detectives are sharing a new element in the case: doorbell video from Barraza's home. The video captures the suspect's truck pull up and park on the morning of Jan. 25, 2019. A neighbor's security camera captures a person walk up to the home.

"Liz reacts, scared. There is some muffled something going on there. We're not sure what was said by the suspect, and then, shoots her three times. She falls to the ground. This horrible, calculated, premeditated and pitiless murderer steps over her and shoots her again in the head," Wyatt said.

Video shows the shooter wearing what appears to be a disguise -- boots and possibly a wig.

The truck was left running during the shooting. Detectives hope the vehicle can provide leads in the case.

Here is a look at the suspect's vehicle on the left, and on the right is an image of what a similar truck would look like. It's a black 2014, or possibly newer, Nissan Frontier Pro 4X crew cab. 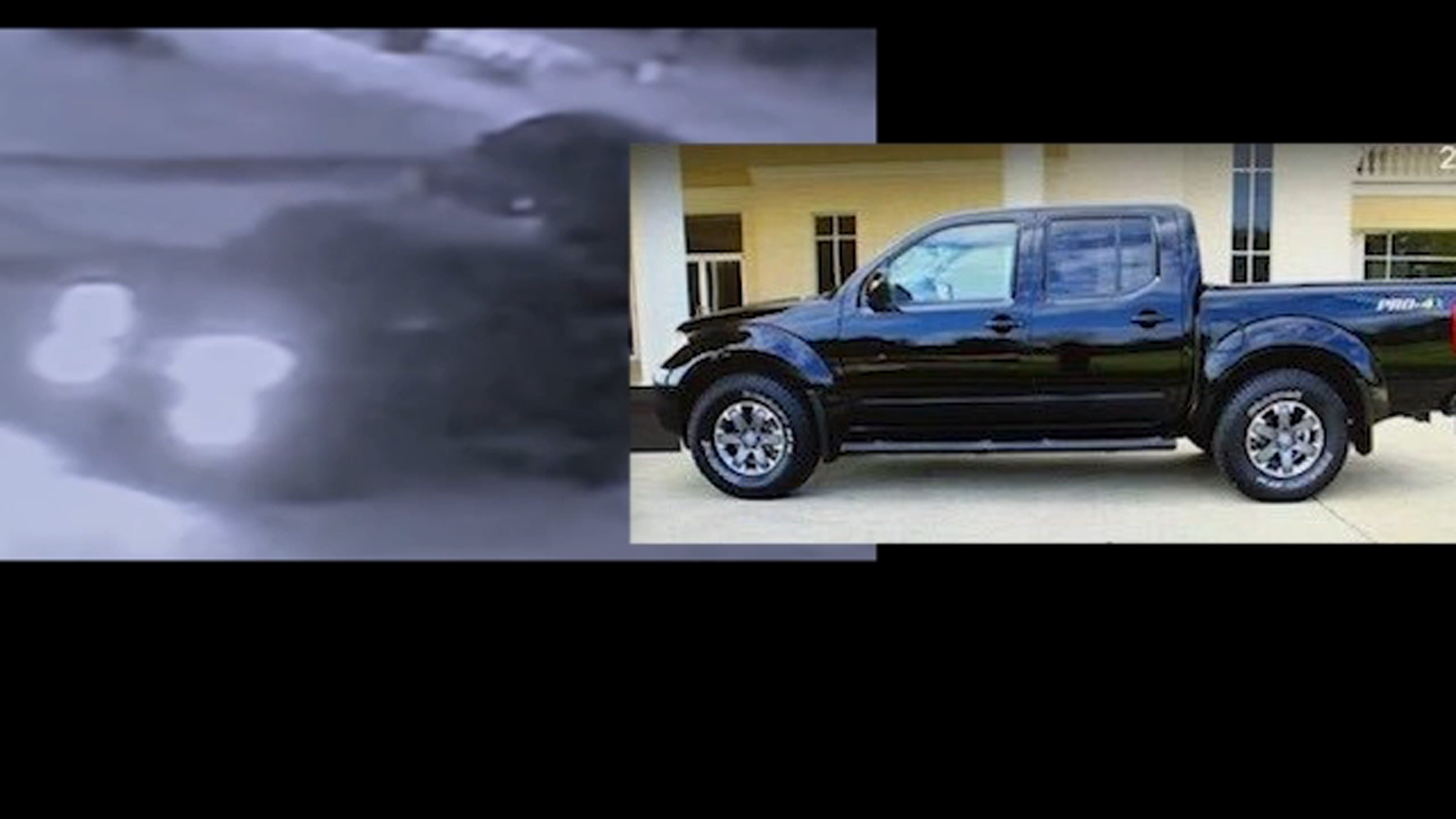 Minutes after the shooting, the doorbell camera captures the truck driving by. Just a short time later, maybe two minutes, that same vehicle drives back by, it appears just to verify Barraza had died.

Barraza passed away the next day.

Barraza dressed up in costume as part of the 501st Legion and visited children's hospitals. She also helped raise money for the Make-A-Wish Foundation.

"She loved the idea of being able to go to a hospital and make a kid light up and be happy," Nuelle said.

Her family can't imagine why anyone would do this.

Detectives say the same truck had been by the home before and was waiting for the husband to leave before the murder.

The garage sale wasn't broadcast and normally, Barraza would not have been home at that time, 6:50 a.m.

Her family is making a plea for help to find the killer with a $20,000 reward for information.