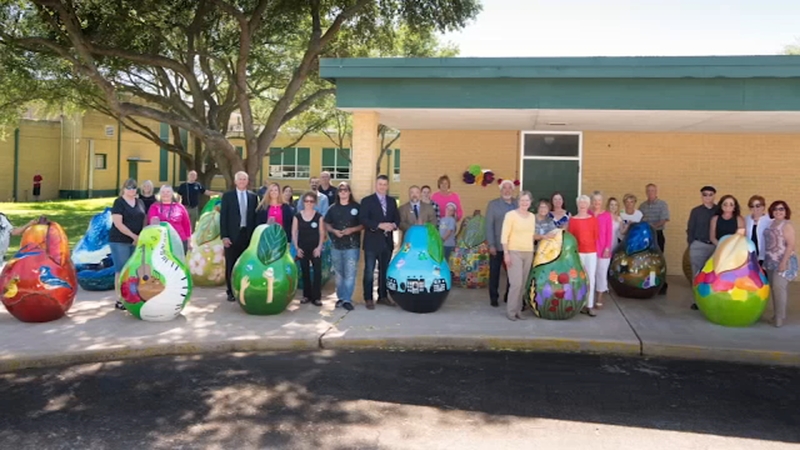 So what better way to celebrate it with the symbol and its claim to fame - the pear.

They have all been placed around Pearland with one at King's Biergarten, the Pearland Town Center, Pearland Animal Hospital along with several other businesses and parks. See the full list of locations below.
Watch the video above to see the quirk behind Pear-Scape Trail.