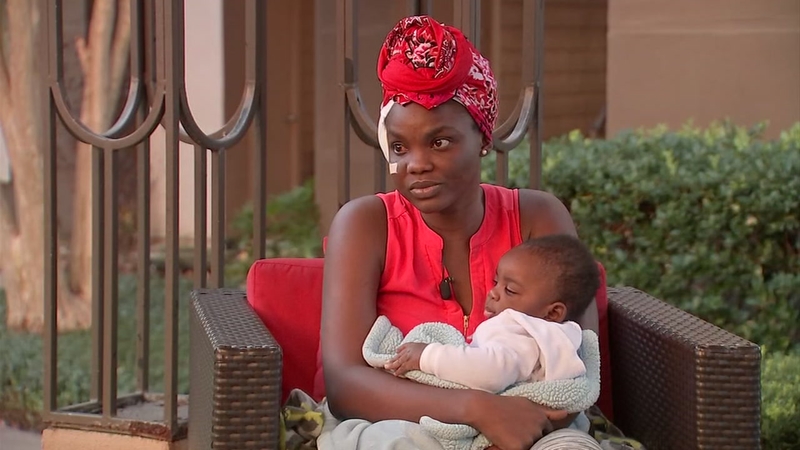 HOUSTON, Texas (KTRK) -- It's been several days since a wild road rage shootout on Westheimer and still no arrests. One innocent driver was shot in the ordeal and now, she is speaking exclusively to Eyewitness News reporter Erica Simon.

Nkepah and her mom were heading down Westheimer to pick up some sewing needles from Walmart. Little did they know, two men had gotten into a minor crash and somehow - a gun fight.

"I told her we have to get out of here and then I realized I was bleeding. Profusely," Nkepah continued.

A bullet split Nkepah's ear in two and got lodged in her cheek. Glass from the windshield got into her eye. She had surgery and is on the mend, but that day still haunts her.

"Just before I get to sleep, I have flashes of the event. I could not believe that people could be that careless with guns."

As for the men involved in the shootout, no official arrests have been made yet. Nkepah says she's focusing on the positive and is grateful for off-duty EMT Bre Jackson who came to her aid and everyone who comforted her on the worst day of her life.

"I think I'm blessed because I know it could have been worse."

Watch the full interview on Eyewitness News at 10.