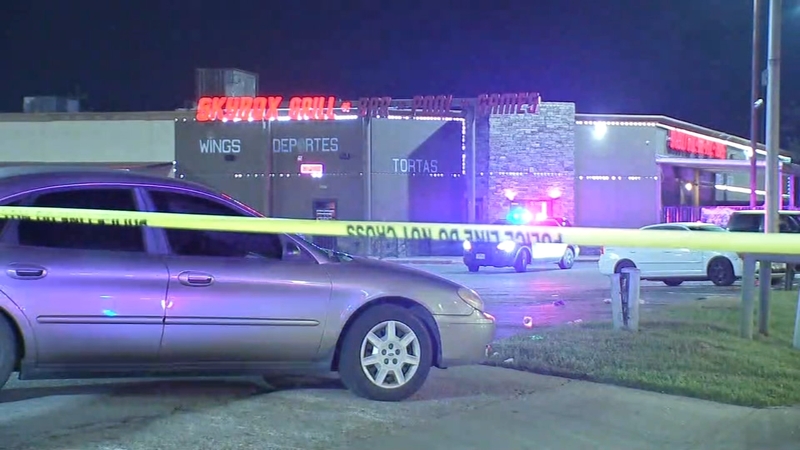 HOUSTON, Texas (KTRK) -- While investigating a homicide in the Westchase area of west Houston, detectives heard gunshots fired nearby.

Less than half a mile from where a man was found shot to death at a car wash, a second shooting happened that left a woman injured.

Houston Police say the shootings are not connected.

The first happened at the Kwik Kar Wash on Hayes Street around 1:00 a.m.

A man, believed to be in his 20s, was found dead in the parking lot with multiple gunshot wounds, according to detectives.

He is believed to be an employee of the car wash.

Detectives are still working to find out the motive behind the shooting, as well as a suspect.

A second shooting happened less than a half mile away at SkyBox HTown Grille in the 11000 block of Westheimer.

Police at the scene said two men were arguing in the parking lot when one of them got a gun from their car and started firing.

An innocent woman inside the restaurant was hit in the jaw. Several cars were also hit with bullets.

The woman was taken to the hospital and is in stable condition.

The shooter did not stay at the scene, but HPD said the other person involved in the argument stayed.

No one has been arrested in either case.

Detectives plan to look at surveillance cameras to identify the two shooters.

Anyone with information is asked to call Houston Police or CrimeStoppers.