KTRK
By Ted Oberg
HOUSTON (KTRK) -- The US Army Corps of Engineers tells abc13 the Addicks and Barker reservoirs in west Houston are setting new records every hour. Levels continue to rise as water continues to flow downstream.

The National Weather Service has issued a Flood Warning for the area surrounding Addicks Reservoir, in west Houston.

Per @USACEGALVESTON Addicks Dam is currently at 102.5 feet expected to increase to 102.8 ft. Please retweet.

"We've never seen this much water," US Army Corps Project Manager Richard Long told us on a tour of the dam Thursday morning. "It causes me concern, but I am comfortable with the project, with the dams and the way they are functioning."

Highway 6 may be under water for 4-6 weeks. @TxDOT is working to find other paths through the area.

In 2012, the Corps said the pair of dams had an "extremely high risk of catastrophic failure." The designation made Addicks & Barker two of the worst dams in the nation. 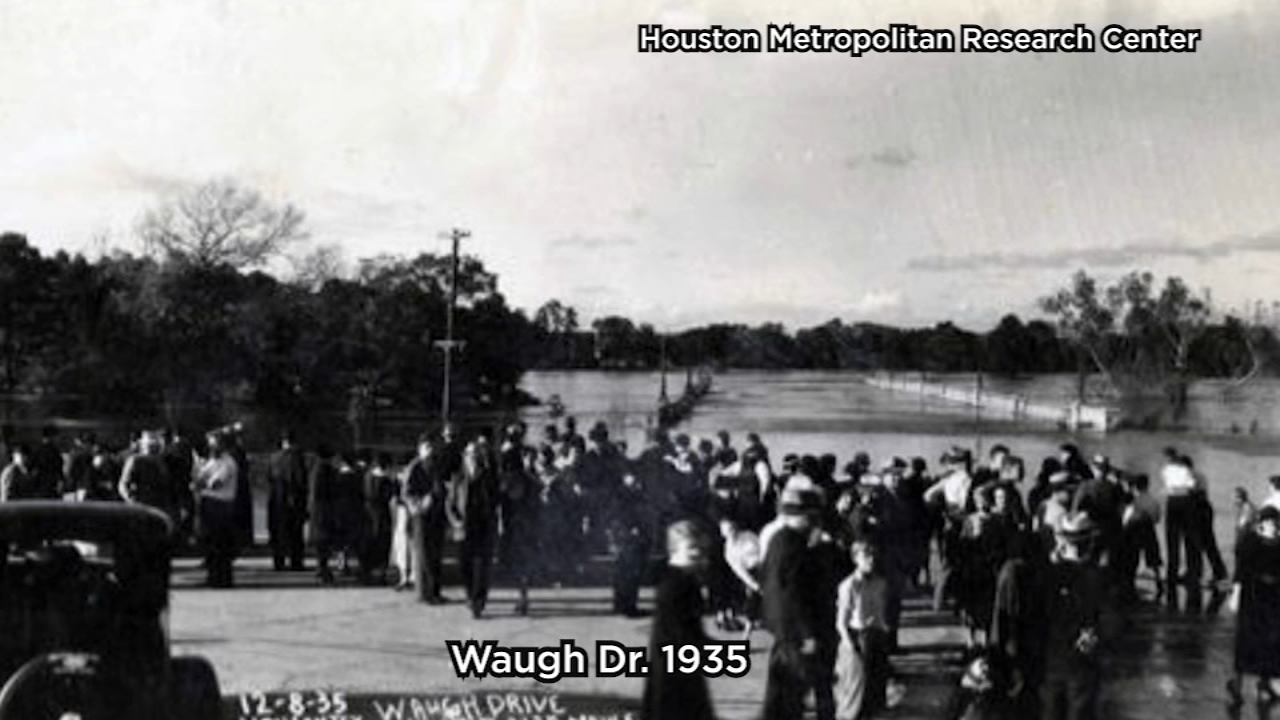 With two floods in seven years, including one that killed five children. City officials had to act.
"Almost without warning, the muddy waters swirled down upon unsuspecting families, separating mothers from their children,

The National Weather Service has issued a flood watch as water from the reservoirs continues to empty through the dams into the bayous.

No evacuations have been issued for people living in Bear Creek, but water has returned to their neighborhoods, flooding streets and creeping towards homes. Many have just finished cleaning up after flash flooding from earlier this week.

According to Long, the actual risk of failure is low. The dam's proximity to America's fourth largest city would make the loss catastrophic, increasing the threat level.

The designation alarmed people who live downstream but also accelerated a long-needed list of repairs. The initial round of those repairs to seal cracks and add steel to spillways has been completed. A $75 million project to build new water control structures is underway right now. In fact Long told us contractors had to move equipment out of the normally dry reservoir in advance on Monday's rain. It cannot be restarted until the reservoirs are empty.
PHOTOS: Flooding across southeast Texas 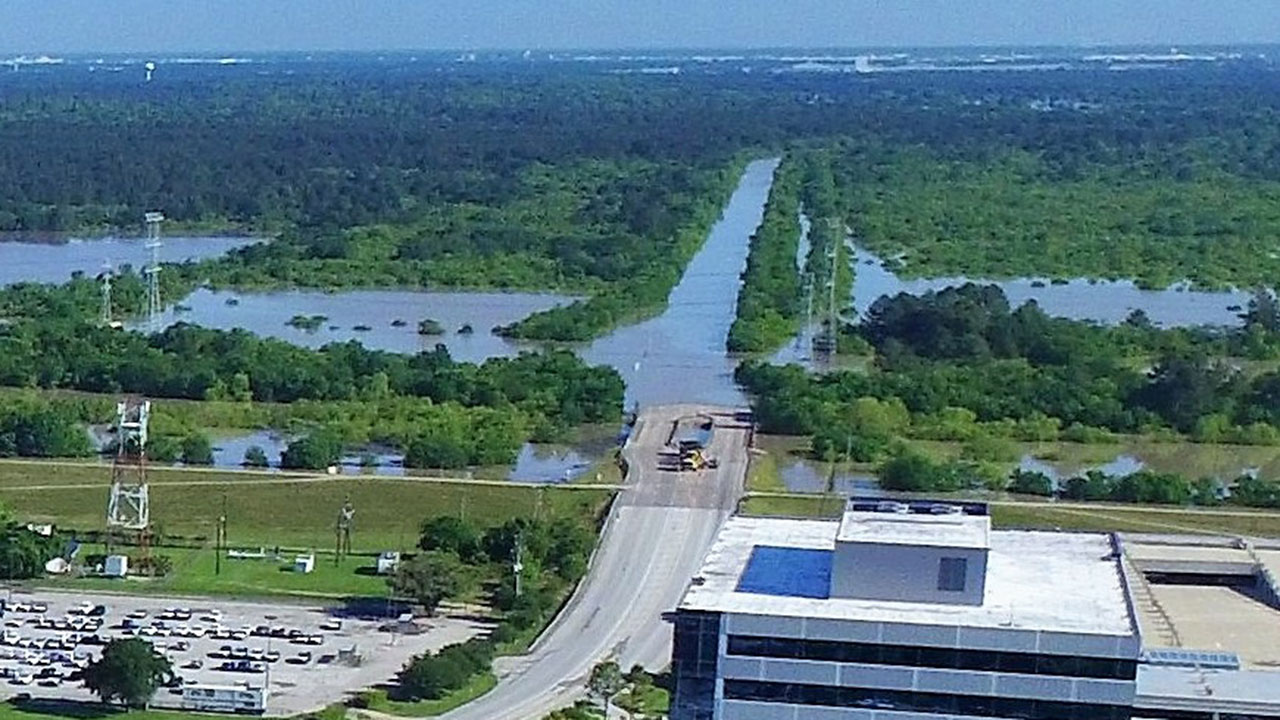 The Corps now inspects the dam 24/7. We saw inspectors inside a spillway Thursday. Crews walk or ride the top of the earthen dams daily looking for trouble spots. Long tells us there has been seepage around the control structures, but no flow through the dam. In other words, it is working. 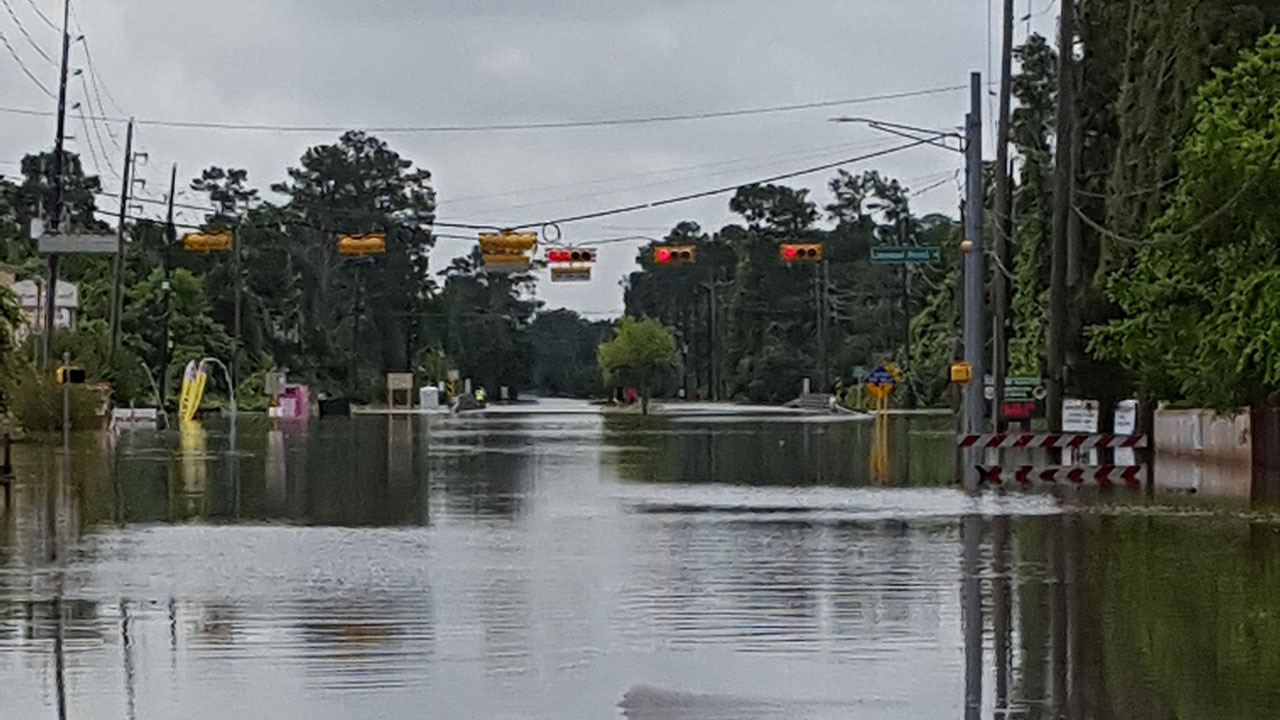 Tim Heller's Wednesday afternoon forecast
We're spread out across southeast Texas to bring you the very latest on our historic flooding
The dams were built after a pair of deadly Houston floods in 1929 and 1935. At the time, this area of west Houston was far from development. It was designed to protect existing neighborhoods along Buffalo Bayou like River Oaks, downtown Houston and areas along the bayou all the way to the ship channel. The neighborhoods now flooding on the back sides of the dams were not built then, but remain in the flood area of the dam's original plan.
Residents fear second round of Addicks Reservoir flooding 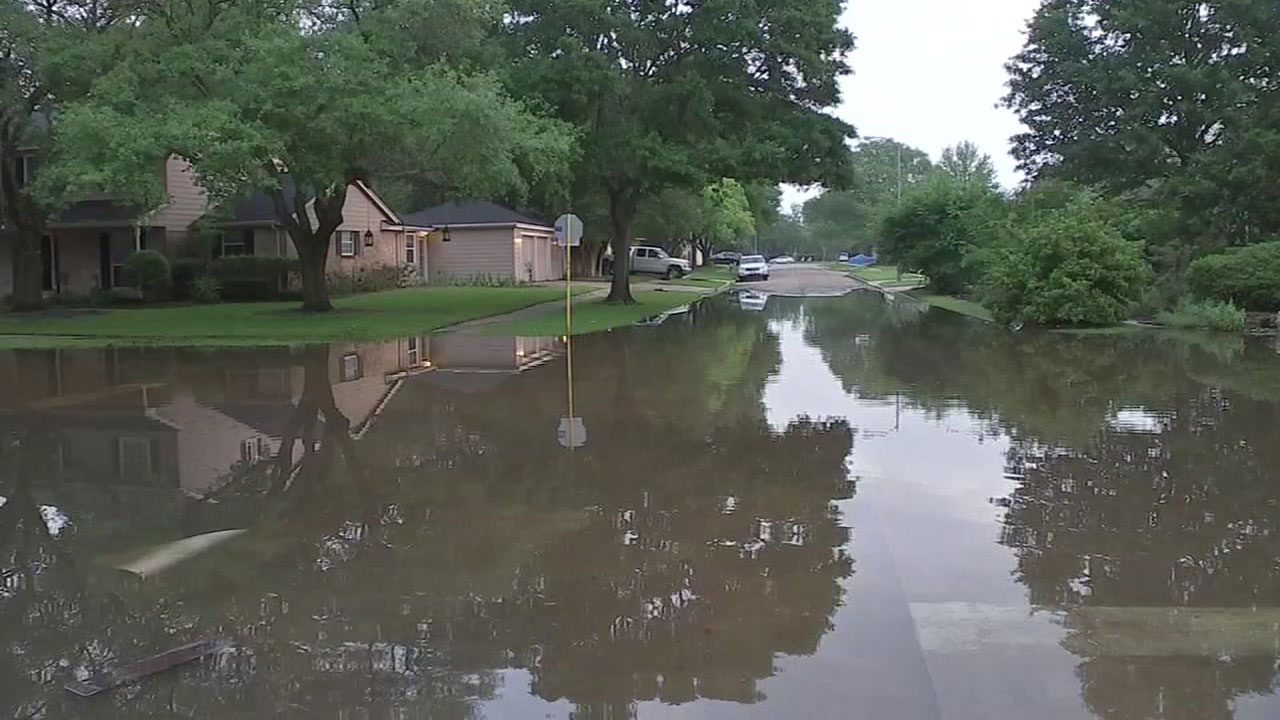 Residents fear Addicks Reservoir flooding
Bear Creek residents are fearful that the Addicks Reservoir may continue to rise, posing a threat to their homes.
The dams work by holding back floodwater in reservoirs and releasing it slowly once the flooding threat has passed. The water release started Thursday evening. At approved rates, Long estimates it will take 2 months to empty Addicks & Barker reservoirs -- longer if there is any more significant rainfall. Normally, they are dry parks.
EMBED More News Videos

Officials want to warn people about recent reports of men posing as firefighters, going door to door, asking people evacuate their homes. These scammers have not been caught.

Lt. Simon VanDyk with Harris County ESD48 says at least nine calls have come in to Harris County and Katy fire departments from concerned citizens saying they were told to leave their homes to be safe.

VanDyk says if an evacuation is issued, there will be an announcement on social media and calls put out by the department. In the meantime, should you be told to evacuate, VanDyk says remember the person or people who come to your door.

"If they can safely take a picture of the vehicle or a license plate, or the people themselves without endangering themselves," VanDyk said. "If these are scammers, we don't want folks to endanger themselves to get information but the more we know about it, the more we can help. The Harris County sheriff's office is investigating the claims right now."

VanDyk also suggests you ask to see the firefighter's patch. If the person can't show you one, he or she could be a scammer.

Here are the details of current flood-related closures as specifically outlined by Harris County:

ADDICKS RESERVOIR:
State Highway 6 is closed from Clay Road to Park Row. The Texas Department of Transportation (TXDOT) encourages motorists to use FM 529 as an alternate.
Harris County Precinct 3's north-south North Eldridge Parkway is impassable from Dairy-Ashford to Clay Road.
Precinct 3's north-south Barker-Cypress Road is impassable from Groeschke Road to South Parkview Road.
The east-west Clay Road is impassable from SH 6 to Brittmore Drive. TXDOT has coordinated with the Harris County Toll Road Authority to waive tolls at the Clay Road southbound entrance ramp to the Sam Houston Parkway toll road for the duration of this closure.
All internal roads in the reservoir, including Patterson Road, Bear Creek Drive and War Memorial Street, are impassable.
All recreational facilities are closed.

CREEKS & RIVERS:
Spring Creek is no longer flooding.
Cypress Creek is still out of its banks in many locations, but it is receding quickly and no longer at major flooding (just minor flooding).

There are two rivers in major flooding:
San Bernard (near record levels expected in Boling this weekend)
Colorado (crested at 4th highest level in Wharton. It crested overnight at 48.29 feet, the 4th highest crest on record. That's the highest level observed since November 26th, 2004. The record is 51.90 from December 13, 1913.) 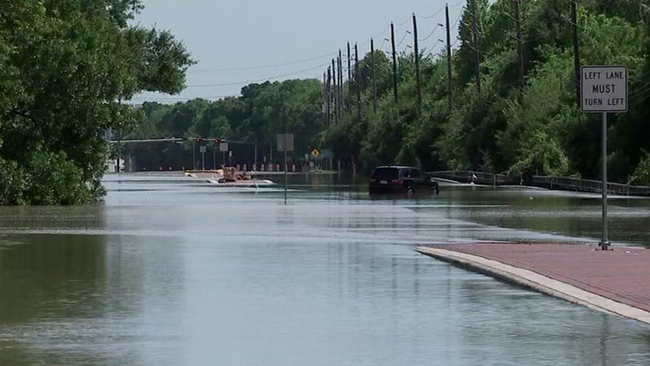 Highway 6 could be under water for 4-6 weeks 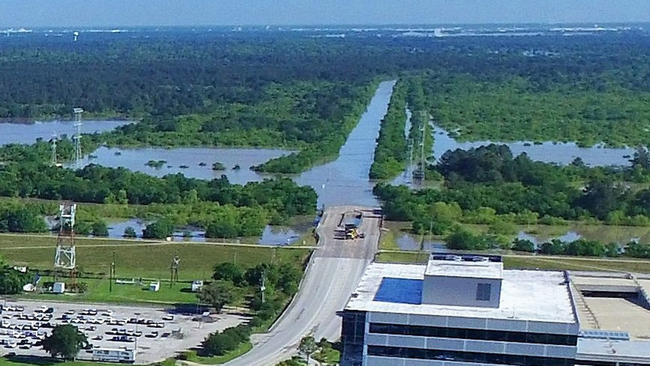