KTRK
Nearly every community across southeast Texas saw rain Tuesday as a tropical depression pushed through the area.

County officials are on alert for possible flooding across the Houston area.

Angleton police said late Tuesday that city pumps were trying to keep up with the drainage, and that there were reports of high water roads throughout the city.

Police are urging residents there to stay home and to conserve water, even limiting how much they flush their toilets.

OUCH: For one resident in Denver Harbor, cleanup is already in order after the once tropical storm brought down a tree in her yard Tuesday afternoon. 📸: Annie Gutierrez | Latest forecast: https://t.co/71cPtCgAXC pic.twitter.com/F0yesjoa4q

The storms have also left a trail of destruction, knocking down massive trees in Denver Harbor and near Clear Lake.

Security cameras from a restaurant on NASA Road 1 caught the moment that tree went down.

Crews were able to haul the tree away over a few hours and traffic is moving once again.

Another ABC13 viewer reported another fallen tree brought down his carport as storms pushed through Alvin. 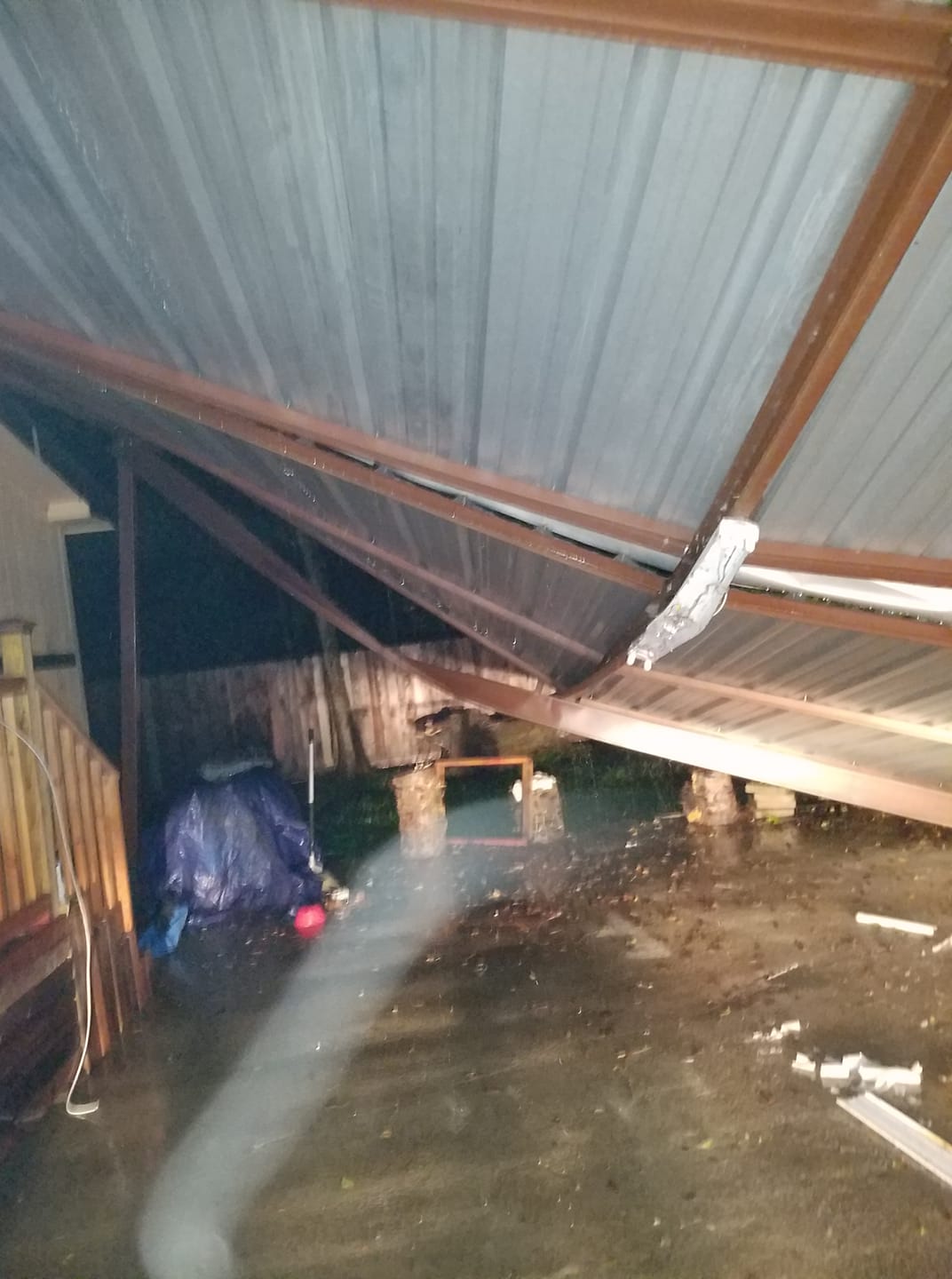 Near Hobby Airport, an Uber driver's truck was stranded in a median and ended up in a large hole off Monroe near Scranton as he tried to escape floodwater.