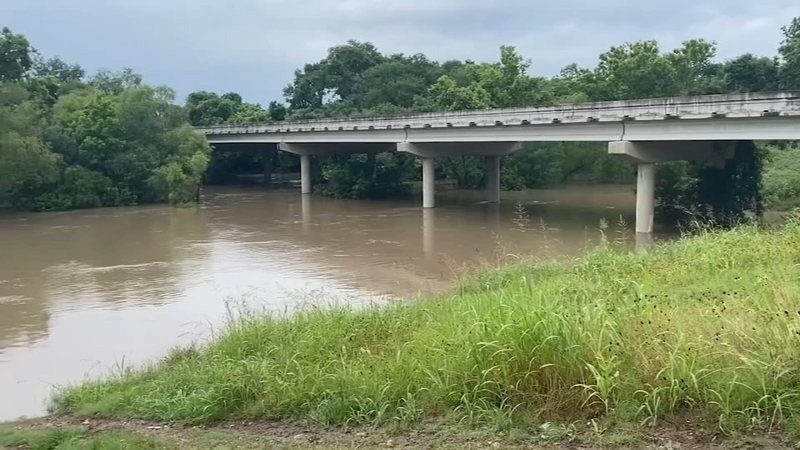 On Tuesday, the region got hit with a lot of water that saturated the ground, filled retention pools, and caused rivers to elevate. In East Bernard, neighbors thought the worst was over.

"That is weird, but I guess water has to go somewhere," Simple Simon's Pizza manager, Stephanie Jimenez, said.

The San Bernard River is expected to climb through the weekend and could create an issue in some spots, including East Bernard along State Highway 90.

HIGH WATER: This is the San Bernard River near Boling. Currently, it’s at 26 feet. It’s projected to reach major flood stage by tomorrow. Only light rain is falling, but the water keeps rising. https://t.co/cvH2wzuNQi pic.twitter.com/yOEDEO0Ip6

As of Wednesday, the National Weather Service shows the river Wednesday night is at about 16 feet. Minor flooding occurs when it reaches 17 feet. It's estimated to reach 20 feet by this Friday.

"That's a lot of water coming our way," Jimenez said.

Fort Bend County officials explained it depends what happens with the next round of storms.

Because of this, emergency management officials are asking neighbors to elevate household items, especially if you live in flood-prone areas.

RISING WATER: This is what the San Bernard River looks like in East Bernard. It’s only going to continue to climb. Emergency leaders say it should be okay, but if there’s anymore significant rainfall, this will be a big problem. https://t.co/cvH2wzuNQi pic.twitter.com/rlhVSQc9F2

While the water is high in the San Bernard River, the Brazos River is in better shape. It's not expected to flood.

"What I've been told so far is nothing to worry to about at this very moment," said Fort Bend County Judge KP George. "Things are changing. We will update you and continue the monitor the situation, and ensure the health and safety of fort bend county residents."

The weather situation will make an impact. Please make sure you continue to stay updated from @fbcoem, @FBCSO & https://t.co/fVkwlkCfsl.

You can also sign up for emergency notifications by texting FBCALERT to 888777.

Do not drive on flooded roads. pic.twitter.com/JLb9xCl5wa

While they're wild to watch, officials said it's important to stay inside while doing so.