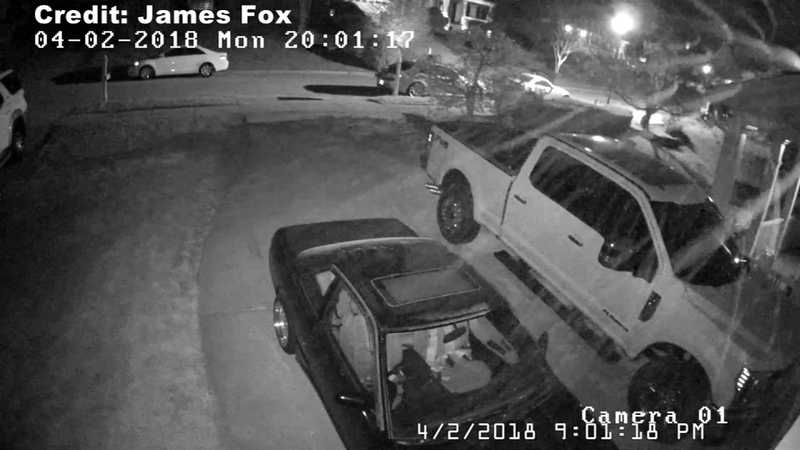 APEX, North Carolina -- Just watched the video above? We know what you're thinking, "Check out those flurries" - except, that's not snow, it's actually pollen. Unless you're from Houston, in which case pollen makes plenty of sense.

Yep, that's right! It's springtime in North Carolina and that means it's time for pollen to fly - literally in this case.

He captured the "pollen storm" on the surveillance video outside of his home.

"I think it was dramatic last night because of the wind," he explained. "Driving home from our farm last night it actually impacted visibility. At times it was pretty dense, like fog, or smoke."

It was that drive home that made Fox check his cameras.

The first thing he thought when he saw the "flurry" surprise?

"Ugh, my allergies are gonna be horrible, and I can't wait till it rains," he told ABC11.

Fox said the winds were so strong, he thinks they helped trigger the cameras.

"I just noticed they (cameras) were getting triggered from the movement and thought it looked cool," Fox said. "I have a few other cameras as well, all of them were triggered to record."