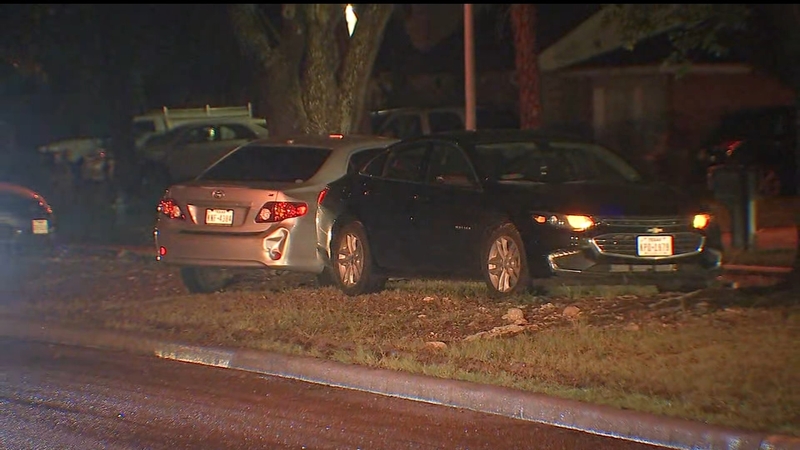 HOUSTON, Texas (KTRK) -- Dozens of vehicles abandoned by their owners who couldn't move them during flash flooding in southwest Houston were towed overnight.

Houston police told ABC13 the vehicles left in the area of West Bellfort and Wilcrest had to be moved before the morning commute.

Some drivers said they couldn't get home earlier Tuesday when the heavy rain started and that the flooding hadn't been that bad in a long time.

"People on top of their cars, most of the cars were in the streets. People pushing cars and getting cars out of the water. It was really bad," said Ana Landa, who left her car on the median.

Landa also got resourceful as the water rose. She said she had plastic bags in her car and created rain booties out of them, even offering bags to people leaving their vehicles and crossing the street to get to drier ground.

Abandoned cars being towed off of Bellfort near Highway 59. pic.twitter.com/AAwBzKZf2P

HPD says vehicles left on the median on West Bellfort won't be towed, yet. You can still head out to retrieve your car.

The other place for people to park their car is in the parking lots of local businesses. No cars are being towed from there either, but it's a good idea to get your vehicle as soon as you can.

If you need to find your vehicle after it's been towed, you can start by searching on FindMyTowedCar.com.

READ MORE: How to find your vehicle after it's been towed

Next stop for India the tiger? New home in North Texas awaits animal
Woman accused of setting up shooting on men she was arguing with
151 arrests made so far in 'Go Topless Jeep weekend'
Students' artwork could earn big bucks in Rodeo auction today
Do the Bearkats have what it takes to get crowned champions?
Show More
Video shows deputies repeatedly tase inmate in cell before death
Fauci says COVID exposed 'undeniable effects of racism'
SHSU to compete for crown in FCS Championship game today
Young Leukemia survivor implodes Austin flyover in Make-A-Wish opportunity
Some aren't ready to give up masks despite CDC guidance. Here's why
More TOP STORIES News