KTRK
HOUSTON (KTRK) -- At least five people are dead and three more have been reported missing in overnight flooding across the Houston area, and now Texas Governor Greg Abbott has announced he plans to issue a Declaration of Disaster for Harris County.

The first fatality was reported at Ranchester and Harwin in the Sharpstown area. Eyewitnesses say Nahid Konsol was on her way to work at a nearby Kroger store early Tuesday morning. She drove through the underpass below Westpark and her truck became submerged. Pastors at nearby church saw her and called 911. Eventually a parishioner swam to the truck, and found Konsul dead inside.

Kroger issued the following statement about her death:

"We are mourning the loss of our longtime employee Nihad Konsul. She was a member of the Kroger family for 35 years. We extend our support to her husband and family."

A third flooding victim was found inside a car in the the 1700 block of Studewood. Authorities have not yet identified that victim.

The fourth victim, an Asian male, was discovered at about 4pm Tuesday on the banks of Brays Bayou near Holcombe. Officials believe he may have been one of the three people who went missing early Tuesday morning. Firefighters were trying to rescue him, along with a woman and her elderly parents, when their evacuation boat capsized in the the 2900 block of Braeswood. Another group of firefighters responded to the scene, and they were able to grab the two firefighters on the boat, as well as the elderly couple's daughter. The couple, an 85- and 87-year-old, is still missing.

Another man, identified as 66-year-old oil and gas executive Dennis Callahan, was headed home Monday night when his car flooded out in the 1400 block of West Loop South. He pushed his out and was helping another lady get hers out of the water when he had a heart attack and died.

"That's what kills me is he was literally a block away from his home," his son, Michael Callahan, told Eyewitness News.

"She was a great hardworking woman. That's what she was doing, trying to work, trying to get over there," said Carolyn Garcia, Tova's daughter.

Authorities found her car but found no sign of Tovar. 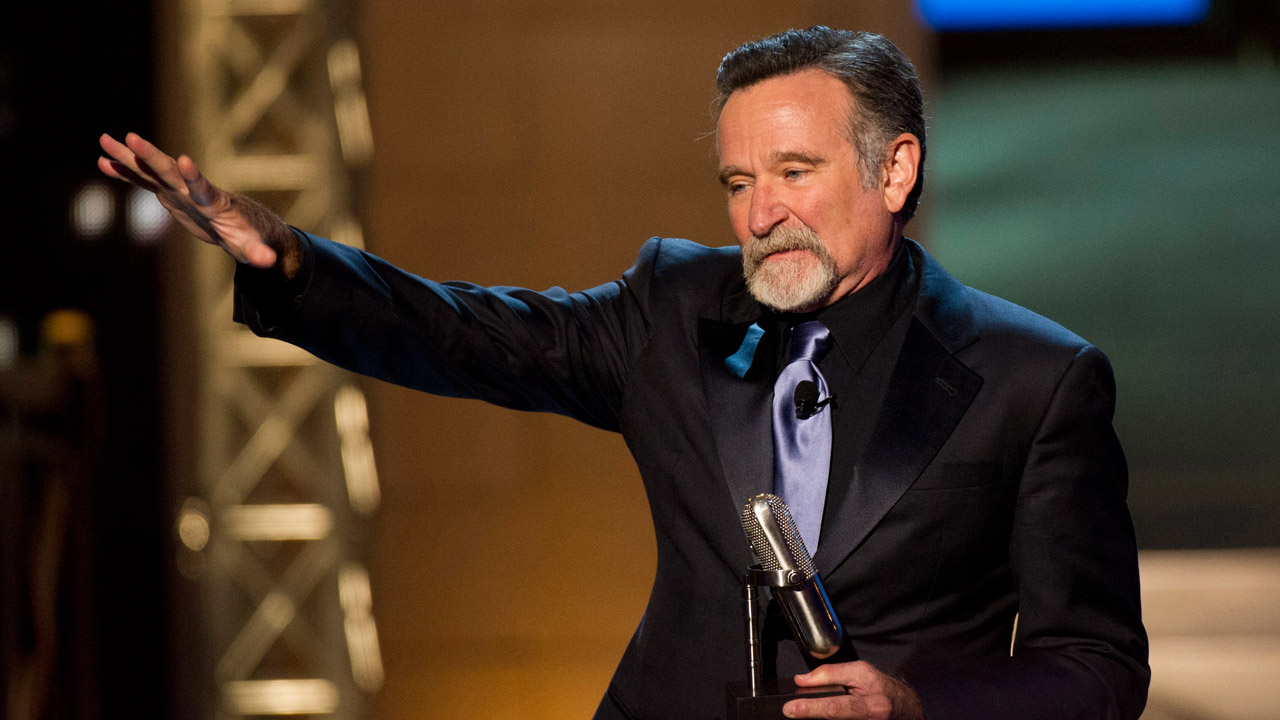 Since midnight, the Houston Fire Department has received more than 900 calls, of which more than 500 have been water-related. Most of those were for citizens stranded in their vehicles. The majority of the impacted area is the Bellaire/Meyerland/Westbury area. Some homeowners took in as a much as 8 inches of water.

"It was that quick. You didn't have time to react," said Margaret Kahn, whose Meyerland home flooded. "All we did was try to get up what we needed to get up." 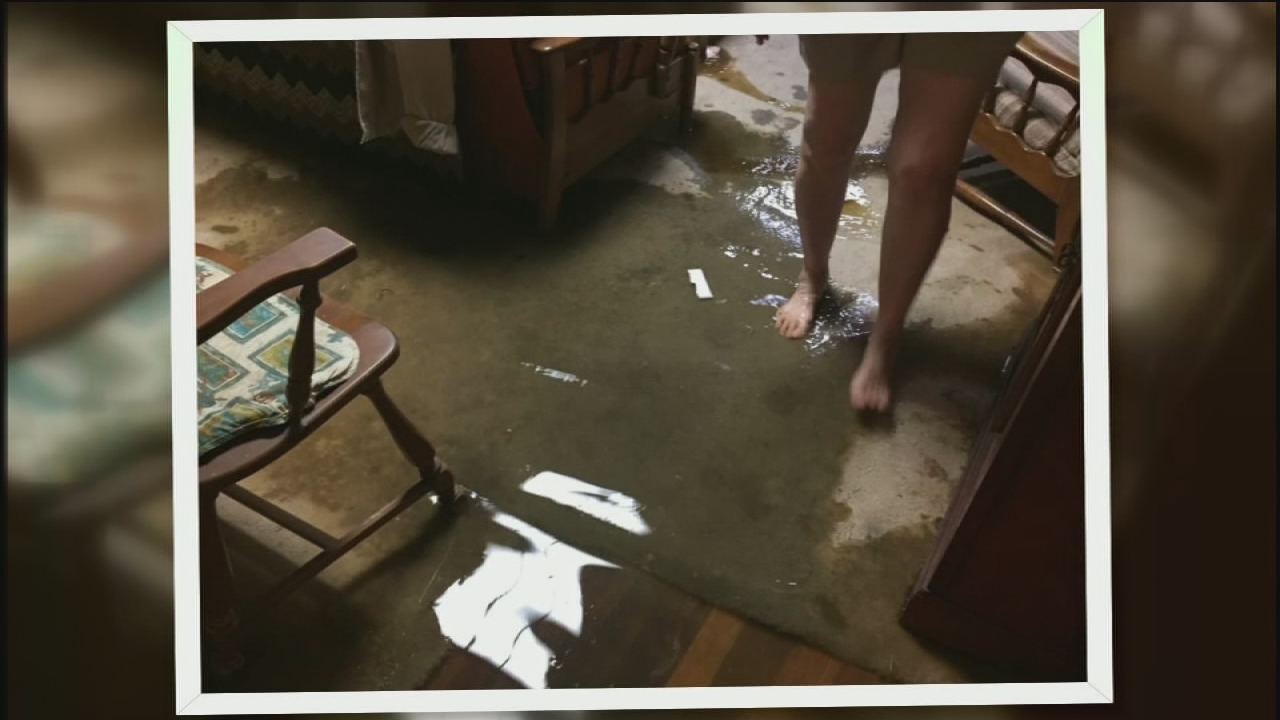 Homes in Meyerland area still dealing with flooding
It was one of the hardest-hit areas across Houston. Many homeowners are still trying to get water out of their houses

Other homeowners across the Bayou City had a similar experience.

"Much of Houston was unaffected by the weather, but the parts that were affected by the weather were very severely hit," Mayor Annise Parker said during a press conference. "We have a begun a property by prop assessment but we are hampered not being able to go into the areas until the waters recede."

Parker says as many as 4,000 properties may have been damaged by floodwater, and more than 750 cars were towed across the city of Houston so far.

After taking an aerial tour of the damage Tuesday afternoon, Gov. Abbott decided to issue a Declaration of Disaster for Harris County.

"That should put us over the limit where not only public buildings and entities can get help, but individuals who are not insured or those who are under-insured can suddenly get this federal help," Harris County Judge Ed Emmett said. "This is about helping those people who have lost a lot in this storm. Even though it was a one-day event, it was a very serious event for those that were hit." 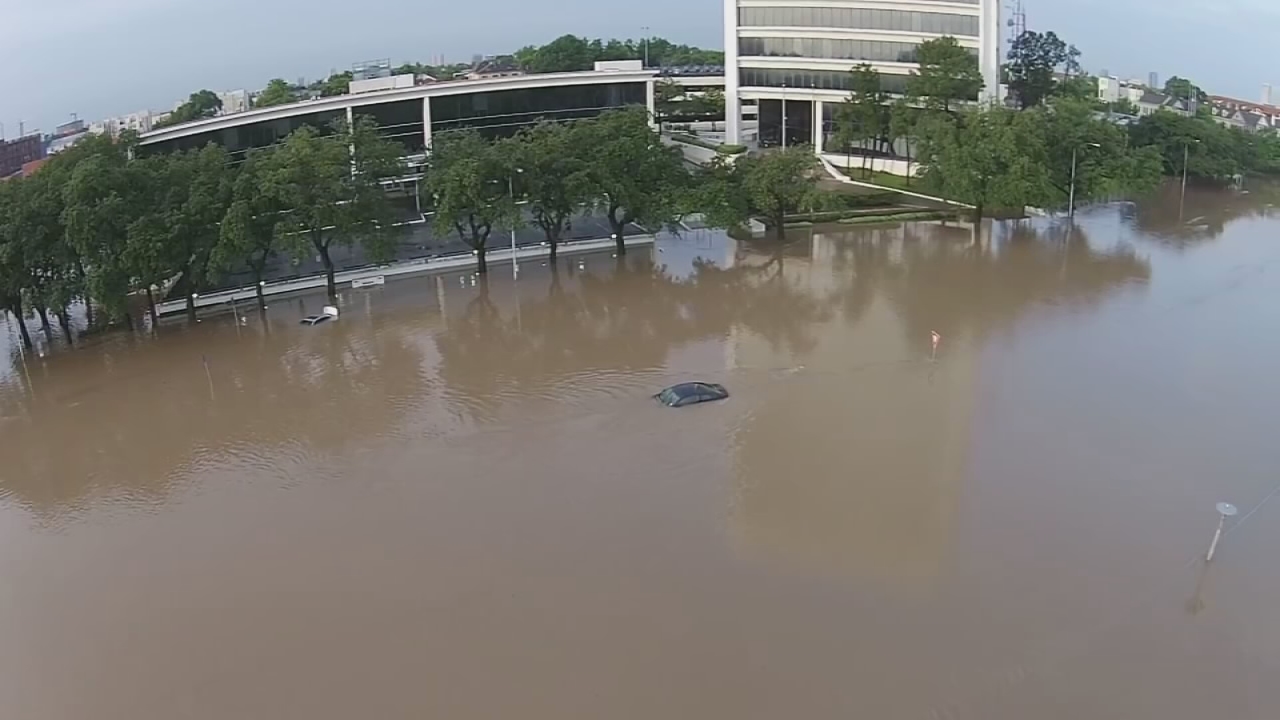 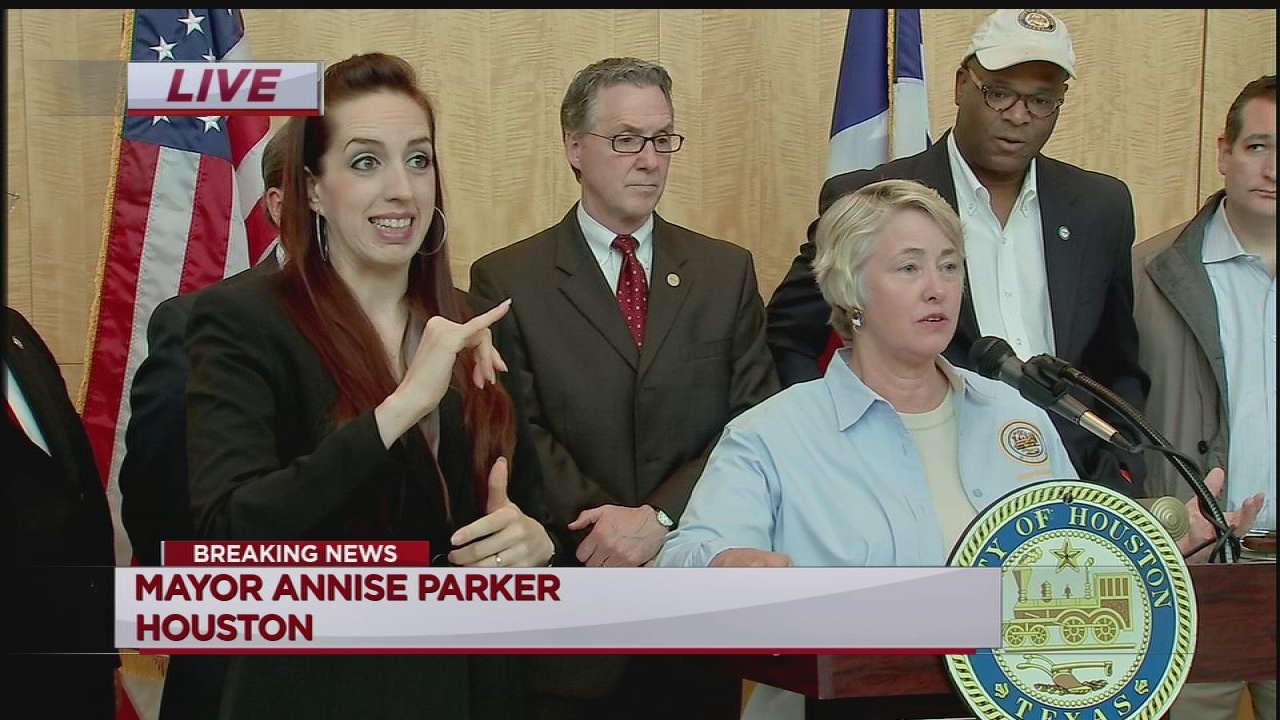 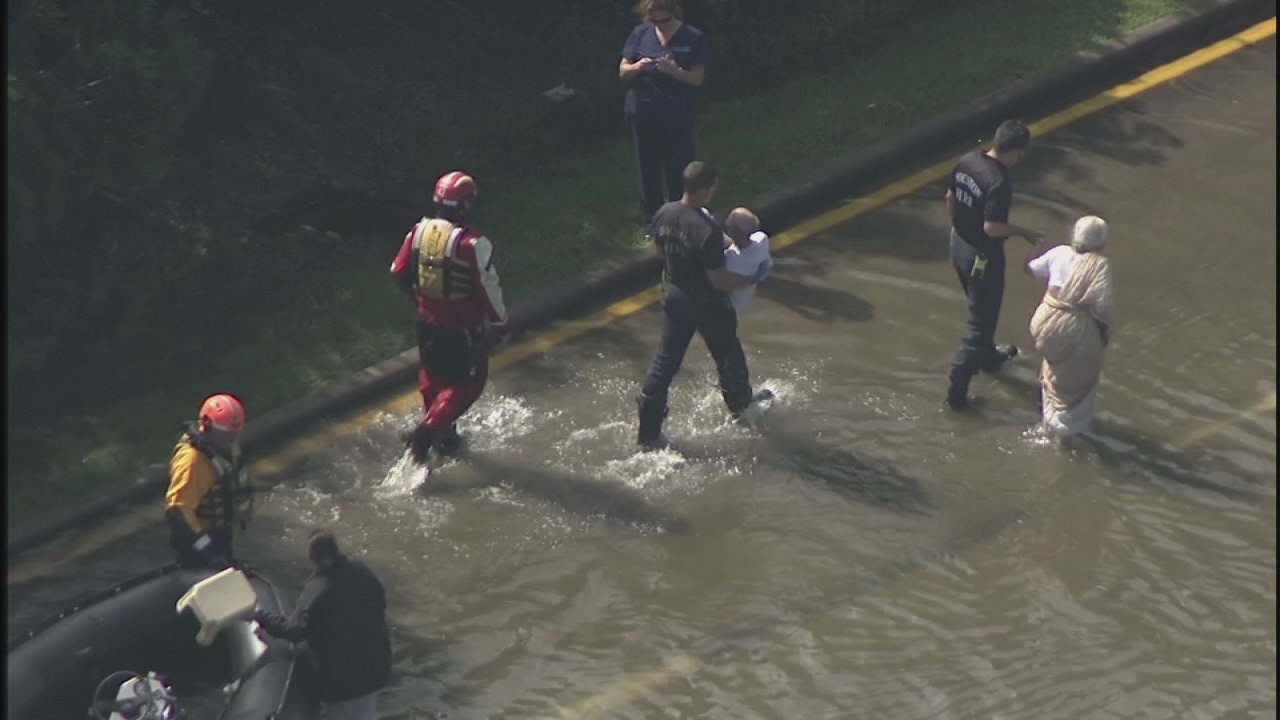 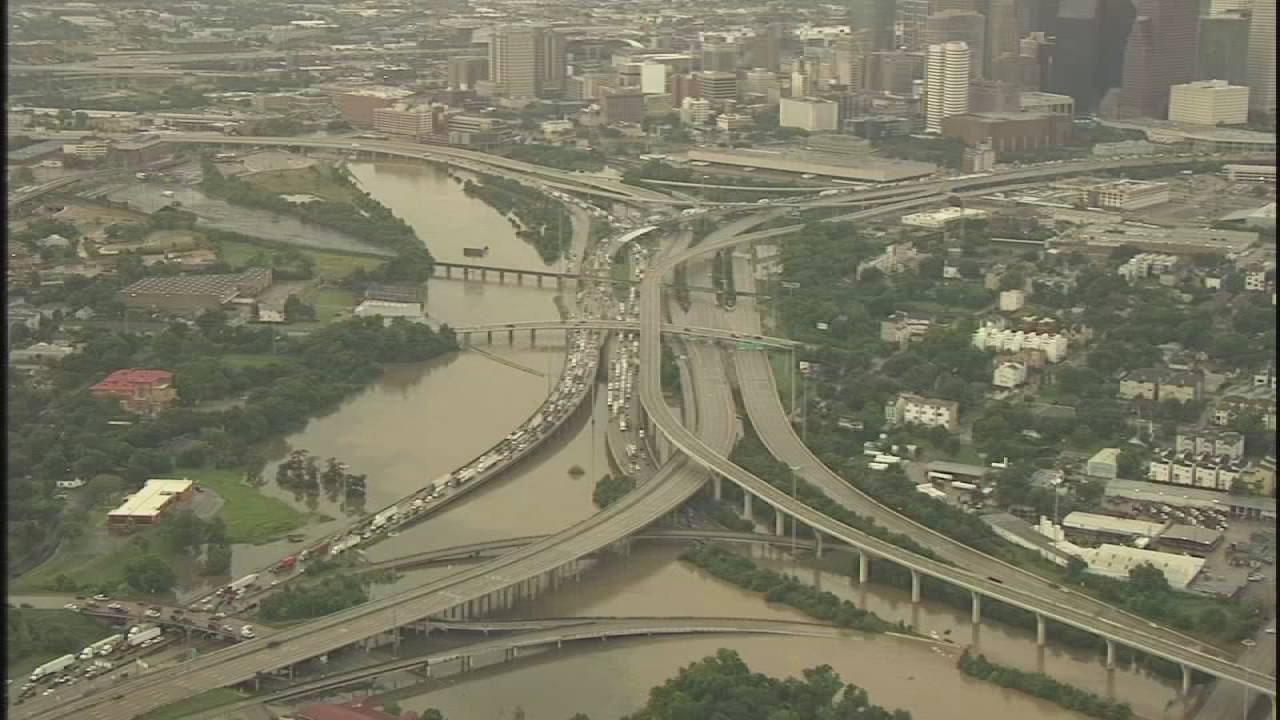 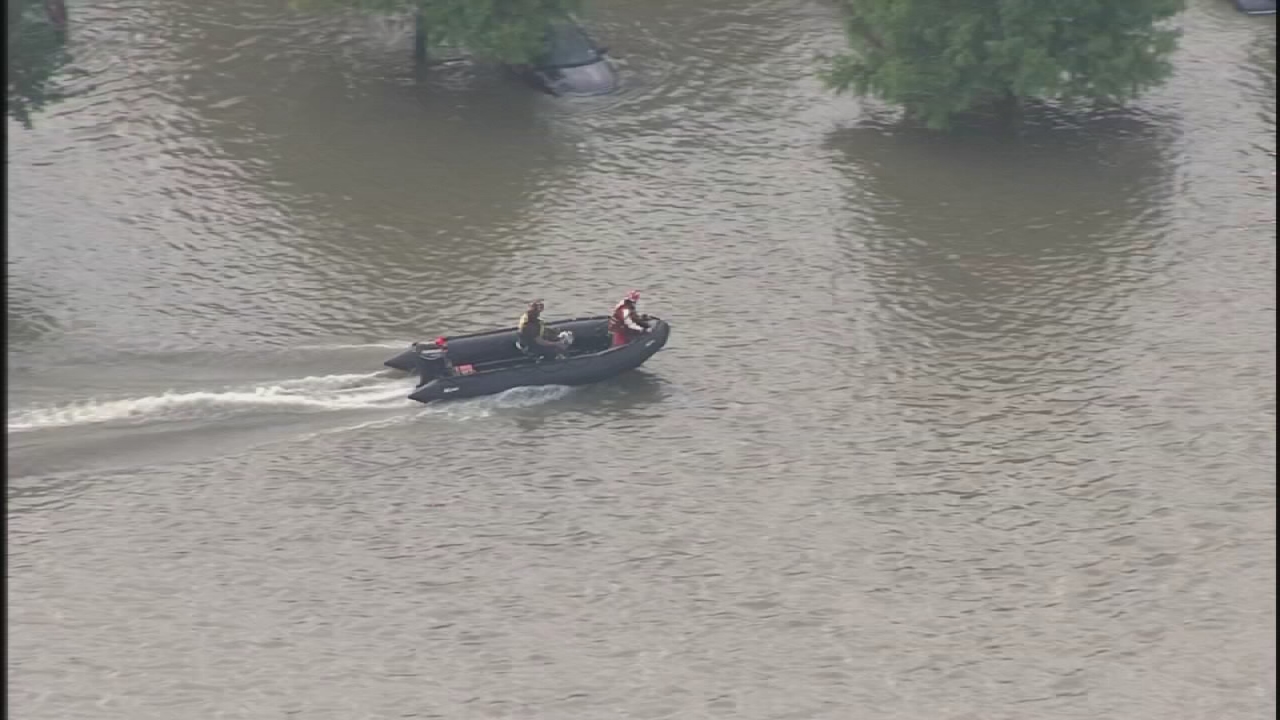 Video: Flooding along the North Freeway 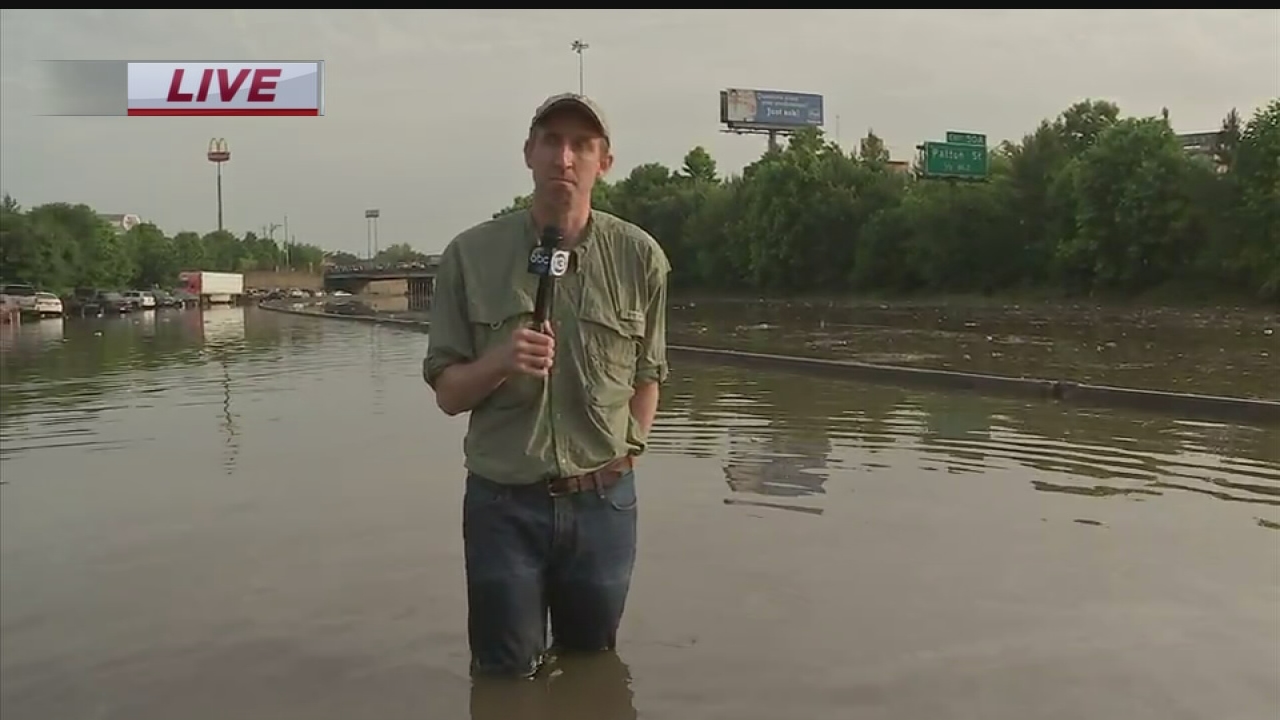 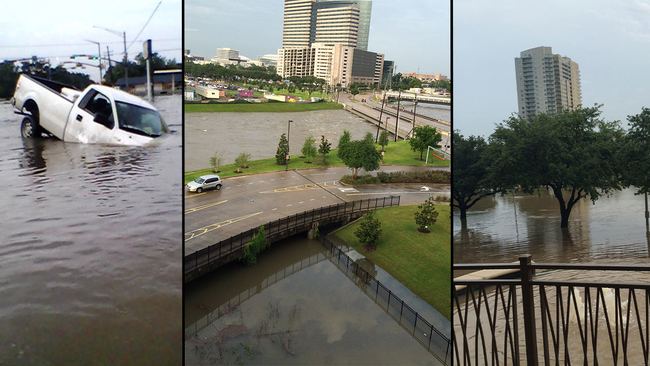 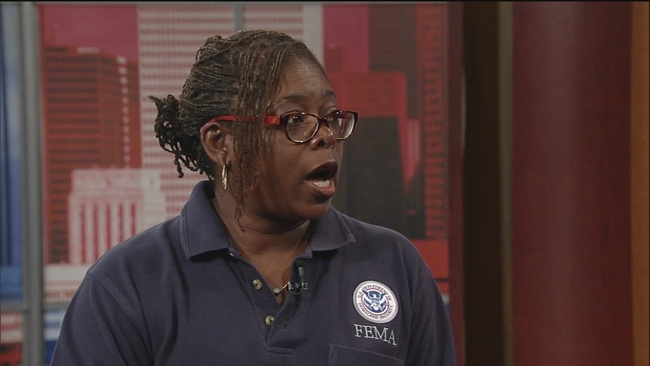 Flooding resources and how you can help 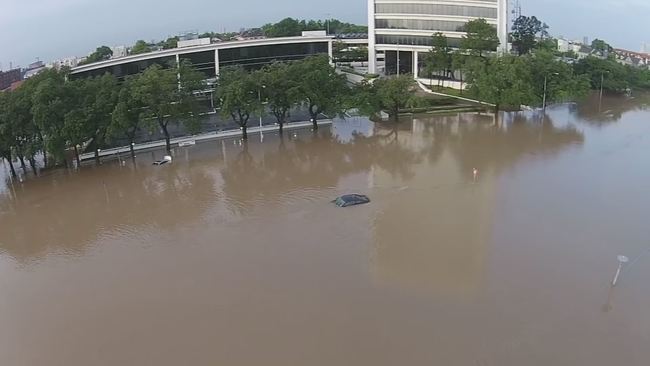 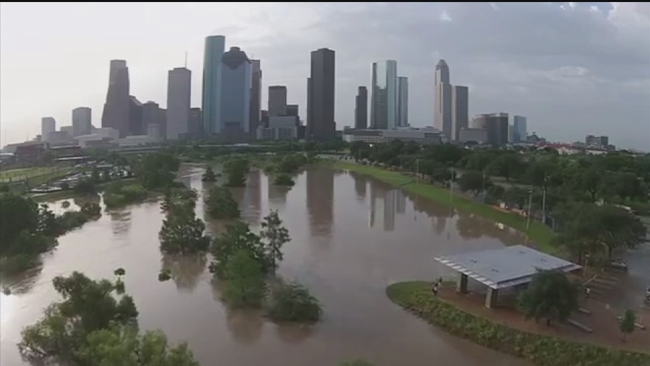