FORT LAUDERDALE, FL -- Rescue workers in Haiti struggled to reach cutoff towns and learn the full extent of the death and destruction caused by Hurricane Matthew as the storm began battering the Bahamas on Wednesday and triggered large-scale evacuations along the U.S. East Coast.


At least 11 deaths were blamed on the powerful storm during its weeklong march across the Caribbean, five of them in Haiti. But with a key bridge washed out, roads impassable and phone communications down, the western tip of Haiti was isolated and there was no full accounting of the dead and injured in Matthew's wake.

Packing sustained winds of 120 mph (195 kph), Matthew began pounding the southern Bahamas with heavy rain and storm surge on a course expected to take it near the capital city of Nassau.

Forecasters said the storm could hit Florida - or come dangerously close - late Thursday or early Friday and then scrape its way up the East Coast toward the Carolinas over the weekend.

On Tuesday, Matthew swept across a remote area of Haiti with 145 mph (230 kph) winds, wrecking homes and swamping roads. But government leaders in the poorest country in the Western Hemisphere said they weren't close to fully gauging the effect in the flood-prone nation where less powerful storms have killed thousands.

"What we know is that many, many houses have been damaged. Some lost rooftops and they'll have to be replaced, while others were totally destroyed," Interior Minister Francois Anick Joseph said.


Mourad Wahba, the U.N. secretary-general's deputy special representative for Haiti, said at least 10,000 people were in shelters and hospitals were overflowing. He called the hurricane the biggest humanitarian crisis in Haiti since the devastating earthquake of 2010.

The hurricane also rolled across the sparsely populated tip of Cuba overnight, destroying dozens of homes in Cuba's easternmost city, Baracoa, and leaving hundreds of others damaged. There were no immediate reports of deaths.

At the U.S. naval base at Guantanamo Bay, Cuba, the storm knocked down trees and caused road flooding but no injuries or major damage, said Julie Ripley, a spokeswoman.

Along the East Coast, people boarded up beach homes, some schools closed and residents began clearing out.

South Carolina Gov. Nikki Haley announced plans to evacuate a quarter-million people from the coast, not counting tourists, starting Wednesday afternoon, and Florida said there would be mandatory evacuations in Brevard County, the home of NASA's Kennedy Space Center.

In Haiti, where international aid efforts were stymied because of the lack of access to the hardest-hit areas, muddy rivers and tributaries continued to rise as water flowed down hillsides and mountains, making more flash floods and mudslides possible even as Matthew tracked away from the country.

The U.S. government said it sent experts to Haiti to assess the damage and is providing $1.5 million in food and other disaster assistance. 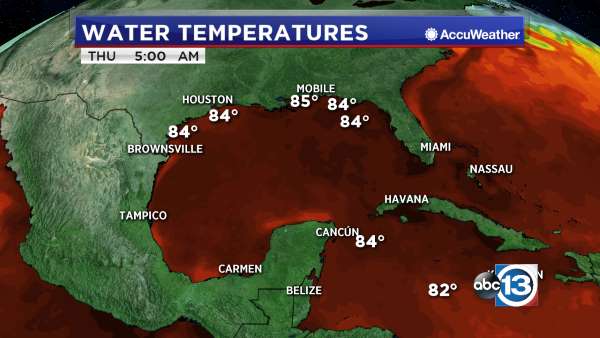