'We Don't Talk About Bruno': The hit single from Disney's 'Encanto' climbing up the Billboard charts

The song is number 4 on the Billboard Hot 100 singles chart.
KTRK 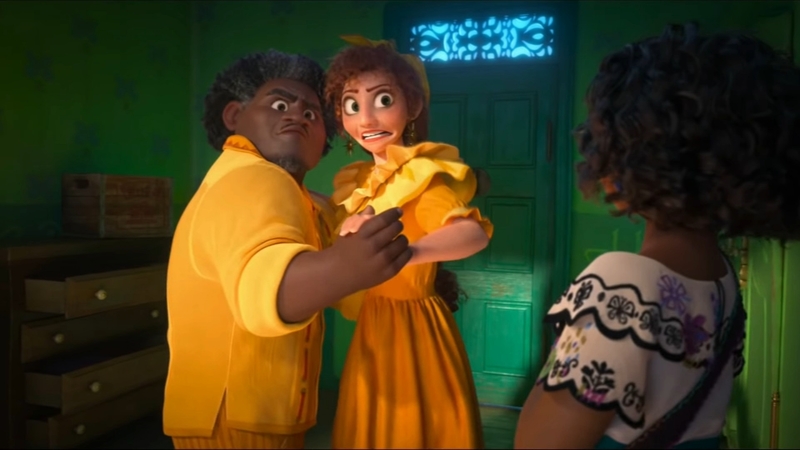 'We Don't Talk About Bruno' climbing up the Billboard charts

PHILADELPHIA -- A song from the Disney movie "Encanto" just hit chart heights not even reached by "Frozen."

"We Don't Talk About Bruno" is No. 4 on the Billboard Hot 100 singles chart - the highest-charting Disney song in over 26 years.

It was number 5 last week - and it's only been on the chart for three weeks.

According to Entertainment Weekly, there have been only three other songs from Disney animated films to break the top five: Peabo Bryson and Regina Belle's rendition of ""A Whole New World" from "Aladdin" hit No. 1 in 1993; Elton John's "Can You Feel the Love Tonight" from "The Lion King" peaked at No. 4 in 1994; and Vanessa Williams' "Colors of the Wind" from "Pocahontas" went to No. 4 in 1995.

"Encanto" has been a box office smash as well. It's earned more than $93 million in the U.S. and more than 200 million worldwide, so far. It became available on Disney+ over the holidays.

"I truly believe that he thought it was him; he just kept staring at the screen and looking back at us and smiling."

The film's plot centers on Mirabel, a young girl trying to find her place in a family where everybody else has magical powers but her. She and her family, the Madrigals, live in the mountains of Colombia in a magical house in a place known as Encanto.

Disney's "Encanto" introduces us to a loving, magical yet dysfunctional Colombian family and their mystical home, with a talented cast performing catchy tunes by Lin-Manuel Miranda.