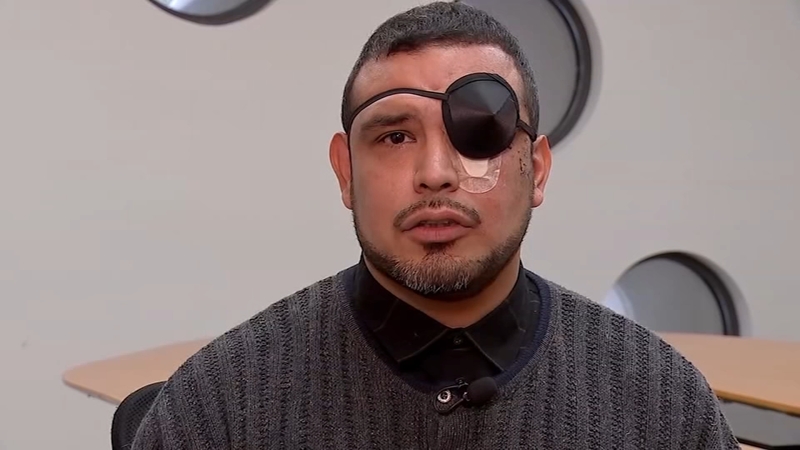 HOUSTON, Texas (KTRK) -- Sean Rangel was in his truck just 25 feet away from Watson Grinding and Manufacturing Company when it exploded, tossing his truck across the parking lot, and leaving it in a crumpled heap.

Rangel has filed suit against Watson and he's not the only one.

In a lawsuit filed Thursday afternoon, the Harris County Attorney alleges Watson Grinding and Manufacturing violated Texas' Clean Air Act, failed to report emissions and could be an ongoing risk to neighbors who live and work just feet away from Watson's property.

"Unfortunately, the City of Houston and State of Texas environmental and property use regulations do not prohibit this kind of activity in neighborhoods where children play and citizens live and work," the lawsuit reads, "because of the lack of regulation, Harris County has a duty to protect its residents from future occurrences at this Facility."

The lawsuit claims "on information and belief, a 2,000 gallon tank of propylene had a drop in pressure which resulted in the explosion."

The details on a pressure drop - which could indicate a leak of propylene - have not been previously reported.

The filing asks a judge to keep the Watson facility closed until the Houston Fire Department and a third-party safety expert "finds that operations will not cause further fires or explosion."

It is likely the suit has not yet been served on Watson. Eyewitness News reached out to their representatives. They sent ABC13's Ted Oberg the following statement:

"Watson Grinding says it is cooperating with the investigation and withholding comment on it and litigation for now."

Lawsuits of this kind are not unusual after incidents like this. Harris County and the State of Texas have filed similar actions after chemical incidents in the past, at times battling each other over jurisdiction to enforce environmental law.

Rangel's suit, filed Monday, says he had to go to the emergency room with severe damage to his left eye. The filing includes a picture of Rangel with a patch covering the eye. It also says he's suffering from flashbacks and sleeplessness.

Rangel, a Watson employee, was driving on the street behind the facility, the suit says, at the time of the explosion. So unexpected, it says, Rangel thought he had been hit by a speeding truck. He and his truck were "flung like a ragdoll."