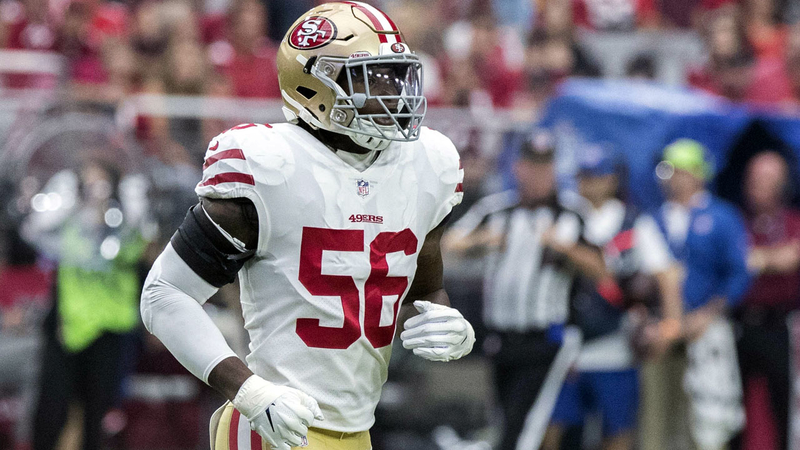 LANDOVER, Maryland (KTRK) -- Just days after being arrested for domestic violence, Reuben Foster has found a new NFL team, a move that has prompted some public backlash.

Foster was released by the San Francisco 49ers over the weekend.

Then, the Washington Redskins claimed the linebacker off waivers Tuesday.

While the team was quick to issue a statement in defense of the move, many have been critical of Washington's decision after Foster's second domestic violence arrest this year.

Washington was the only team to put a claim on Foster, after the linebacker was arrested on charges of domestic violence for the second time this year.

In Washington's statement, the team says it investigated the situation and that Foster will have to go through the full legal process. But according to reports, the team didn't even reach out to police about the alleged incident.

Amid the criticism, Washington Head Coach Jay Gruden and even some Redskins players have vouched for Foster and the team's decision.

Foster is on NFL Commissioner Roger Goodell's exempt list, meaning he can't practice or attend games while the league reviews the case.

Despite the perceived baggage around Foster, hopes for him in Washington remain high.

"I just have high expectations for him when he comes into this building," Clinton-Dix said. "I expect a lot from him. I expect him to carry himself the correct way, as a leader, not only for the football team but for this generation growing up, period."

Foster's arraignment has been pushed back to Jan. 3, meaning he's unlikely to play during the regular season.