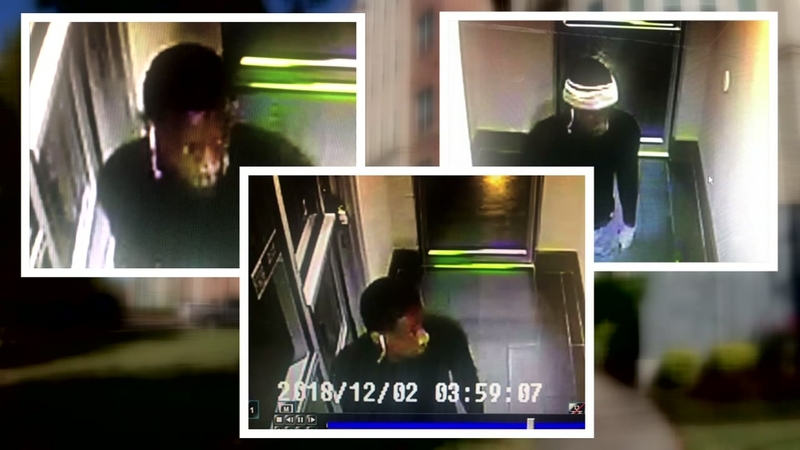 Police are searching for a burglar who has hit a high-end apartment building nine times.

HOUSTON, Texas (KTRK) -- Residents of the upscale District at Washington Apartments are livid after a string of burglaries in the past six months.

Just this week, management at the complex, which is located at T.C. Jester and Washington, have posted images taken from surveillance video of the suspected burglar. However, residents say the complex has not made the full video available to people who live there.

"They kicked in my door while I was at work. They stole a TV, some electronics. They stole some expensive bags, various other stuff," said Ben Heppard, a District at Washington resident.

"We've had issues with break-ins," said Jonathan Blake, who pays more than $2,000 a month in rent. "It's getting out of hand. I'm getting scared and worried that nothing's being done."

In general, the break-ins would occur when the residents were at work. Police records show doors to apartments would be pried open, then TVs, laptops, games, other electronics, and even watches would be stolen.

Police records show the following dates for the burglaries:


Even the large, wall-mounted TVs in the common areas were cut and taken.

"They're saying it's one person. I can't imagine how hard it is to move four 65-inch flat screen TVs and desktop computers. It makes you think if there is someone here helping them," said Blake.

We tried asking apartment management about the burglaries. They told us to get off the property.

Meanwhile, residents are sharing the photos of the suspect on social media, hoping someone recognizes him.