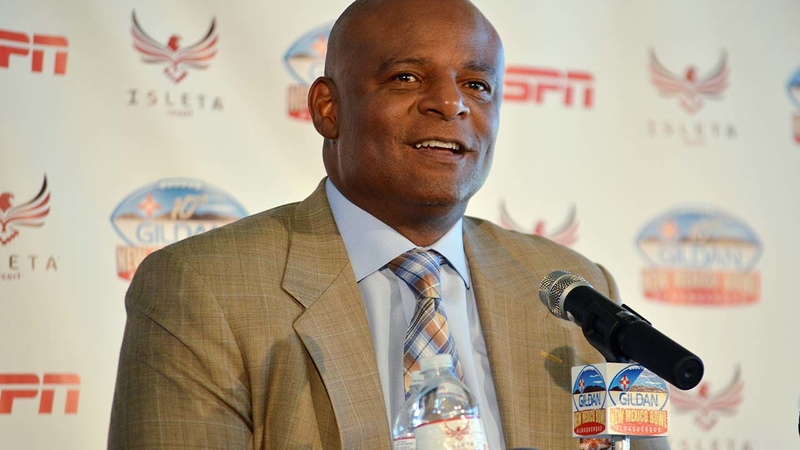 In the lawsuit, Wendy Haskell, who was hired by Moon's Sports 1 Marketing firm in July, alleges that he demanded her to a "variety of unnerving sexual and perverse arrangements, including sleeping in the same bed with him on all business trips and providing him unfettered access to the bathroom every time she showered."

According to the lawsuit, Haskell was Moon's executive assistant and traveled with him on numerous business trips.

Haskell alleged that if she did not comply with Moon's demands to only wear "skimpy thong lingerie bottoms," he became aggressive even to the extent of pulling her shorts down. The lawsuit also alleges that Moon grabbed Haskell's crotch while she was sleeping during a business trip in Seattle.

Haskell claims she was subjected to unwanted and unsolicited sexual advances. She alleges that when she expressed reservations about her duties, she was told by Moon that it was "just the way it is," the lawsuit stated.

She alleges that she reported Moon's alleged sexual harassment to Sports 1 Marketing CEO David Meltzer. According to the lawsuit, Meltzer did not conduct an investigation, but instead to tell her "to continue performing her duties as executive assistant to Moon."

The lawsuit further claims that Moon slipped a drug into Haskell's drink during a trip to Mexico in October.

Haskell alleges that she was then demoted by the firm after more complaints about Moon's sexual advances.

Moon played for the Oilers from 1984 to 1993, setting numerous records along the way. Recently, quarterback Deshaun Watson honored Moon by wearing his retro Oilers jersey after the Texans victory over the Cleveland Browns.

In a statement to ABC13, Moon's attorney said:

"Warren Moon has yet to be served with the lawsuit filed by Wendy Haskell, but he is aware of the claims contained in it. Mr. Moon denies the claims by Ms. Haskell. Mr. Moon contends these claims are meritless, and he has every intention to vigorously defend himself in court.

"Mr. Moon recognizes that his duties as a commentator on the Seattle Seahawks radio network will be impacted as he defends himself against these claims, and he has requested a temporary leave of absence from his duties with the Seahawks, which has been granted."