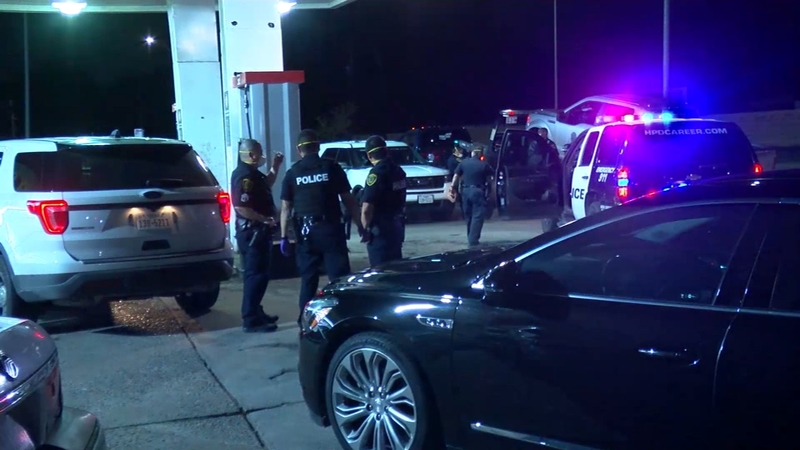 HOUSTON, Texas (KTRK) -- A 3-year-old toddler wandering alone in a dark northeast Houston intersection is recovering after he was hit by a pickup truck Friday night.

It happened at the intersection of Tidwell and Wayside Drive around 8 p.m.

Witnesses told police a Ford F-150 stopped after hitting the toddler, but then took off.

The driver later returned to the scene and was taken into custody. The child was taken to a hospital with a broken femur and fractures to his pelvis, authorities said.

As the driver was taken into custody, officers spent the early hours of Saturday looking for the child's parents.

"I don't know what he was doing out there," Houston police Sgt. David Rose said. "The crux of the case, he's ok. He's at Texas Children's. He's injured, but he's going to be alright."

The mother showed up to the hospital where her son was. Police are trying to determine where she was at the time her child ended up alone in the street.

Officers have not provided a photo or name of the child.