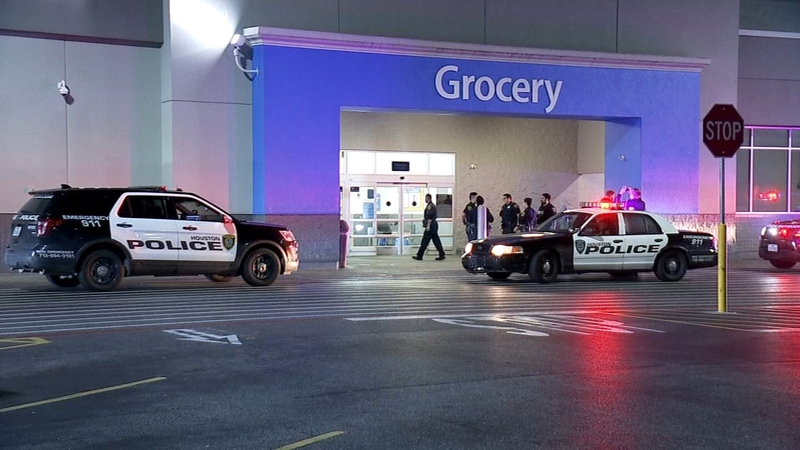 Man shot in checkout line at Walmart in SW Houston

HOUSTON, Texas (KTRK) -- Shoppers were sent into a panic when gunshots were fired inside a Walmart store in southwest Houston.

Houston police say they received a call around 10 p.m. Wednesday about a shooter inside the store. Upon arrival, officers found a man had been shot in the torso.

According to police, the shooting was a result of an ongoing dispute between two groups of people when they saw each other in the checkout line. The men began arguing until one pulled a gun and shot the other.

"There was a panic," Lt. Larry Crowson with Houston police said. "Anytime there is gunshots in a large building like this people get emotional, based on the things that have happened around the country. So there was a little bit of a panic."

The victim was transported to the hospital. Police say one suspect was found in the Walmart parking lot, where he was detained.

A second unrelated shooting also took place at a different Walmart near Humble.

Deputies say a suspected robber tried to hold up a customer at the store when an off-duty officer intervened. The suspect was taken to the hospital for surgery.