Walmart changes mind, will allow greeter to say 'have a blessed day' 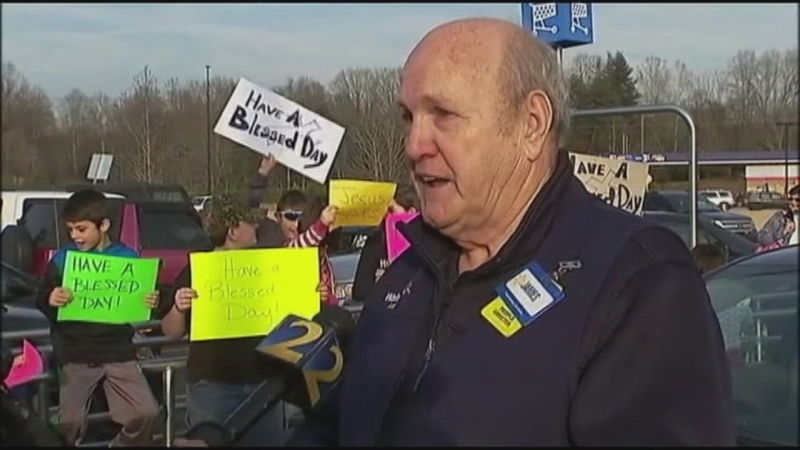 Philips has been greeting customers that way for years at the Blue Ridge, Georgia Walmart. But a few weeks ago, someone complained about his greeting, and the company told him to stop saying "have a blessed day," ABC affiliate WSB-TV reports.

An angry response from customers and people on social media eventually convinced Walmart to change its mind.

Thousands of people took to Facebook and Twitter while others protested outside Walmart's headquarters after the company told him to stop his customary greeting. Phillips even became something of a rock star with hundreds of supporters traveling to that small town Walmart to meet him and tell him they were behind him.

Walmart quickly caved and released a statement reversing its decision saying: "We greatly value our associates and appreciate his work of the company. He is welcome to continue sharing his greeting with our customers."

Phillips says he wasn't trying to start a movement, but he appreciates people standing up for him.

"I want to just be one of the best greeters I know how to be," Phillips said.