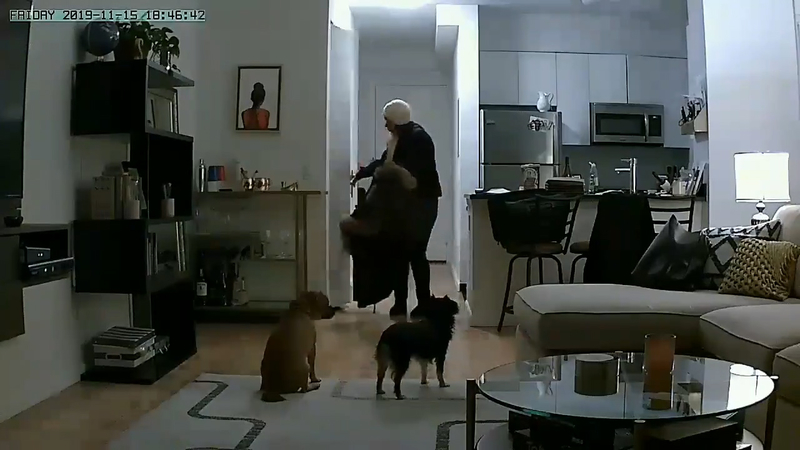 Dog walker caught on camera in alleged act of theft

NEW YORK -- A New York woman is sounding the alarm over a popular dog walking app.

Shayna Bryan, the client of a dog walking service in Queens, New York, has taken to Twitter with a surveillance video she says shows one of the company's employees robbing her home on Nov. 15, 2019.

The footage tweeted by Bryan from her surveillance camera captures the dog walker she hired, allegedly stealing items.

Bryan was watching it all happen on her phone, while out to dinner. She sounded an alarm, and even told the woman through a speaker system to put the stuff back. Bryan says the woman didn't.

Bryan says on Twitter that she was hesitant to involve the media, but felt she was left no choice after her emails to Wag initially went unanswered.