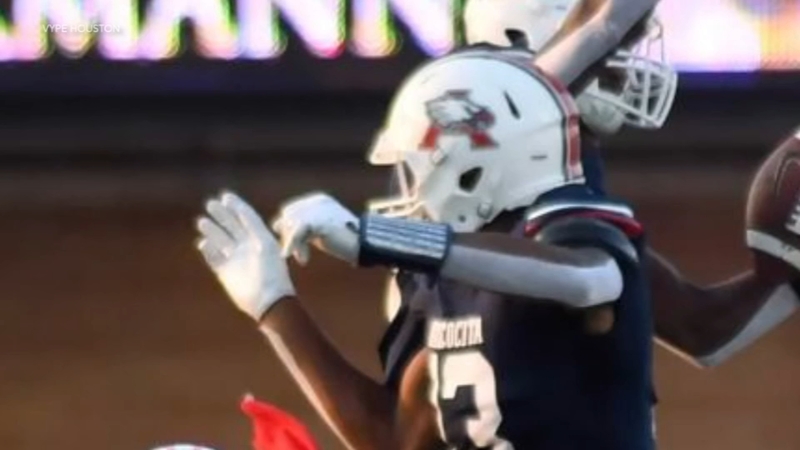 3 Atascocita WRs each catch for 100 yards in a game

HOUSTON, Texas -- Before every Atascocita practice, the wide receivers make a bet with each other.

It is to see who can make the most catches.

That competitive nature on the grass field behind Atascocita High School elevates their skills, which in hand translates onto the field on Friday nights.

"Real deadly," Atascocita receiver Dylan Robinson said when describing the wide receiver group. "We had three receivers over 100 yards, three of us had touchdowns. We're real deadly, it's crazy."

Against Kingwood on Sept. 13 in the Eagles' District 22-6A opener, which they went on to win 70-10, the trio of Robinson, AJ Bobb and Darius Edmonds were just that - deadly.

Robinson - a University of Houston commit - finished with seven grabs for 113 yards and a touchdown, Edmonds - a Louisiana Tech commit - had four for 121 yards and a score and Bobb reeled in five catches for a team-leading 160 yards and two touchdowns.