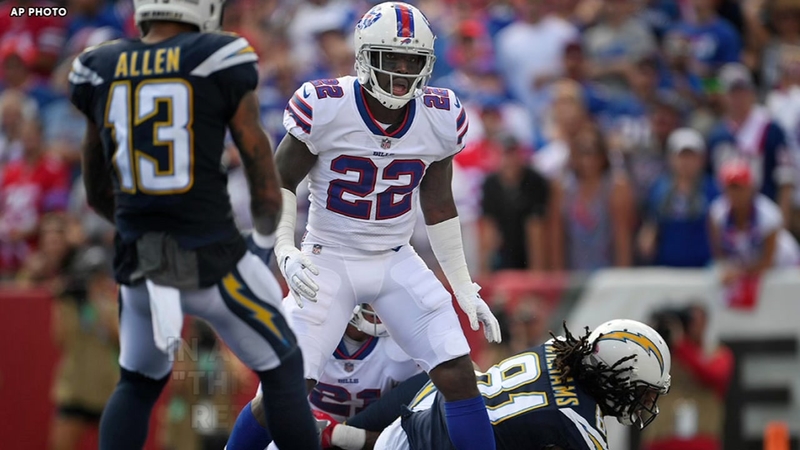 ORCHARD PARK, New York -- As if Bills coach Sean McDermott didn't have enough to worry about in trailing the Los Angeles Chargers 28-6 at halftime on Sunday.

He had to contend with veteran cornerback Vontae Davis quitting on the team.

"Pulled himself out of the game. He communicated to us that he was done," McDermott revealed after a 31-20 loss. McDermott provided no other details except to bluntly say, "No," when asked if Davis was injured.

"I don't have nothing to say about Vontae. I'll give him a little bit more respect than he showed us today as far as quitting," defensive end Lorenzo Alexander said.

"He didn't say nothing to nobody," Alexander added. "You know as much as I know. I found out going into the second half of the game. They said, he's not coming out. He retired."

Tackle Kyle Williams said he's never encountered a player ever quitting on a team during a game.

"I think the only thing to say is he's where he needs to be right now," Williams said. Asked where that was, he responded: "That's not here, point blank and simple."

Davis issued a lengthy statement posted on the NFL's Twitter account, announcing he is retiring after 10 seasons.

"This isn't how I pictured retiring from the NFL," he wrote. "But today on the field, reality hit me and hard. I shouldn't be out there anymore."

Davis said he meant no disrespect to Bills players and coaches.

"I hold myself to a standard. Mentally, I always expect myself to play at a high level," he wrote. "But physically, I know today that isn't possible and I had an honest moment with myself. While I was on the field, I just didn't feel right, and I told the coaches, 'I'm not feeling like myself.'"

Davis was credited with one tackle.

The Bills provided Davis a chance to re-start his career by signing him to a one-year contract in March after a dispute with former Colts coach Chuck Pagano led to Indianapolis cutting him in November.

Davis made his Bills' debut against the Chargers after being inactive against Baltimore last week.

Davis' abrupt departure overshadowed a defense that wilted in the first half in allowing the Chargers to score touchdowns on four consecutive drives, and a week after a 47-3 meltdown in a season-opening loss at Baltimore.