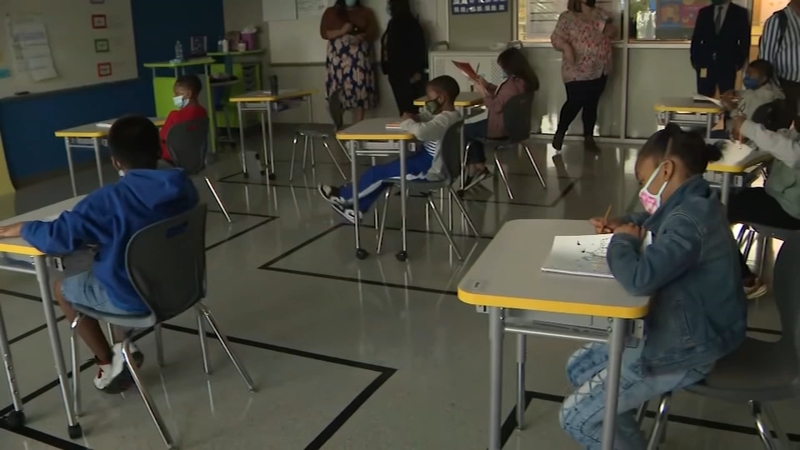 After months in limbo, Texas lawmakers took a step toward expanding and funding virtual learning as the pandemic still proves a threat to families not yet comfortable sending their children back to classrooms.

The Texas House approved Senate Bill 15 on Friday night in a 115-3 vote. The bill will go to a final reading and vote in the House before making its way to Gov. Greg Abbott's desk.

RELATED: Parents in this school district plead for virtual learning for all students
The House's initial approval of the bill will give some parents a measure of relief that there could be more virtual learning options as the pandemic once again strains the state's resources. Hospitalizations and cases are surging due to the more transmissible delta variant of the coronavirus.

"We understand that virtual learning is not for every child, but we have heard from many parents asking for a high-quality virtual option for their students, especially with the ever-changing situation that we are facing with COVID-19," said state Rep. Keith Bell, R-Forney.

Proponents of SB 15 have largely touted it as a measure with enough guardrails to make sure students succeed while learning remotely and to help those who might fall through the cracks. The bill would pay for virtual learning until September 2023 and give local school districts and charter schools the autonomy to set up their own virtual learning programs. Lawmakers set the fall 2023 date to allow them to revisit the issue during their next regular session.

Opponents of the long-term establishment of virtual learning say that students learn best in classrooms and cite declining standardized test scores last school year, especially in districts that had most of their instruction online.

The bill would allow remote learning to be offered only in schools that received a C grade or higher in the most recent round of state accountability ratings. No more than 10% of the district's student population could be enrolled online, and schools could require students to return to in-classroom learning if they do not meet academic standards.
School districts that for whatever reason don't offer virtual learning would be allowed to contract with other districts that do, according to the bill. To reduce the strain on teachers and schools, educators would be allowed to teach only virtually or in person.

There weren't any real debates while the bill was on the House floor. Bell introduced an amendment, which passed, to reimburse schools that are already offering a virtual learning option but are either paying for it out of pocket or using federal relief dollars.

Over the summer, schools scrambled to figure out learning options for families that did not want their children to return to classrooms. At first, because the state did not move to fund virtual learning like it did last year, many school districts disbanded online programs.

But when it became clear that the delta variant would hinder a return to normalcy in schools - especially for children under 12, who can't yet be vaccinated - school districts moved to provide other options, no matter the cost.

"Senate Bill 15 empowers our districts to be innovative and flexible to meet the needs of our students," Bell said during Tuesday's committee hearing.