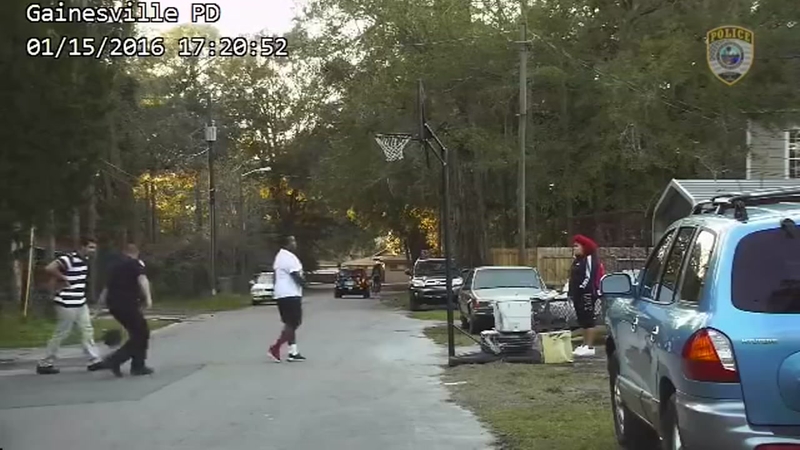 GAINESVILLE, FL (KTRK) -- A video showing a police officer in Florida playing basketball with a group of kids is going viral, along with the message from the department.

It all happened back on January 15. Gainesville police say Officer Bobby White was headed to a call after someone complained about kids playing basketball 'loudly' in the street.

When Officer White made it to the scene, he approached one of the boys.

"You believe someone's calling to complain about kids playing basketball in the street? Do you believe that?" Officer White could be heard on the video asking. "I don't know who called, but obviously, I ain't got no problem with it."

Then Officer White joined in the game, all captured on dash cam. And as he was leaving, he told the boys he might be back to play the next day, and he may bring more officers with him.

The video ends with the message, "So if you call GPD to complain about kids being kids, this is how Officer White is going to handle it. We're going to let kids be kids. We are going to focus on the ones that commit crimes. #HoopsNotCrime"