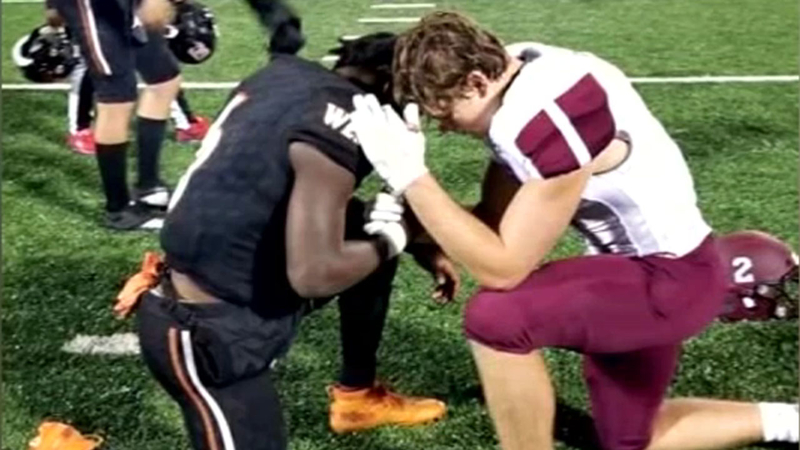 SHERMAN, Texas -- This is just one of the key plays that high school senior Gage Smith did at their game against West Mesquite on Friday.

But it's what Smith did after the game that most people remember.

Smith said he knows West Mesquite player Ty Jordan from a previous team they both played on.

Jordan's mom is battling cancer and Smith asked to pray with him after the game.

"I just had a moment with him, praying over him, his mom, and his family," Smith said.

Smith says in that moment it was not about the score or being opponents, it was about showing compassion.