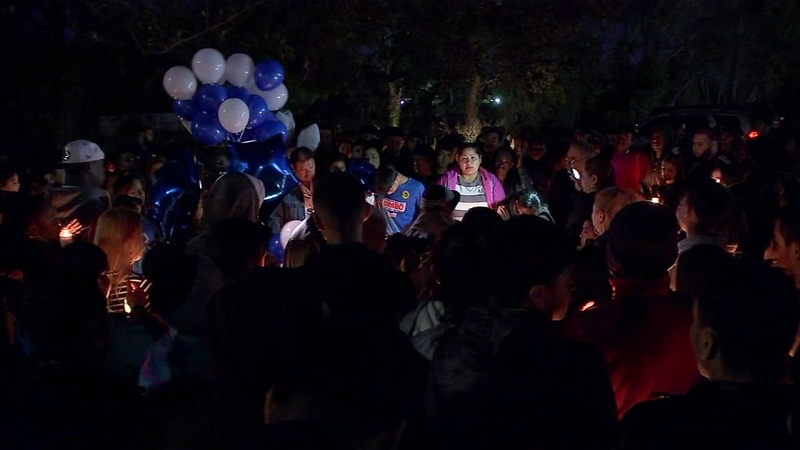 HOUSTON, Texas (KTRK) -- The mother of a teen killed in a barrage of gunfire while at a neighborhood block party was overcome by grief at a vigil Tuesday night for her son.

Olga Valeriano fell to her knees in front of the many candles that were placed on the ground where her son died.

Sunday evening, at least six people were hit. Angel Morales was killed. They were at a block party on Yale Street in Independence Heights that was supposed to be family-friendly. Angel was 13 and in the seventh grade at M.C. Williams Middle School.

"Only 13 years old. Exactly. He was very young," said Moses Diaz, Angel's third grade teacher. "To me, it is hard. It is heart-wrenching."

At the vigil, there were even strangers in the crowd.

"My heart goes out to them. I told my wife, 'We've got to go out and support the family,'" said Keith Lynch.

His wife, Cheryl Lynch, added, "I'm just tired of it. We've got to come together to save the kids."

"He was a really good person," said Christina Castillo, a classmate.

Houston police chief Art Acevedo said the shooting may have involved gang members. No one has been arrested.