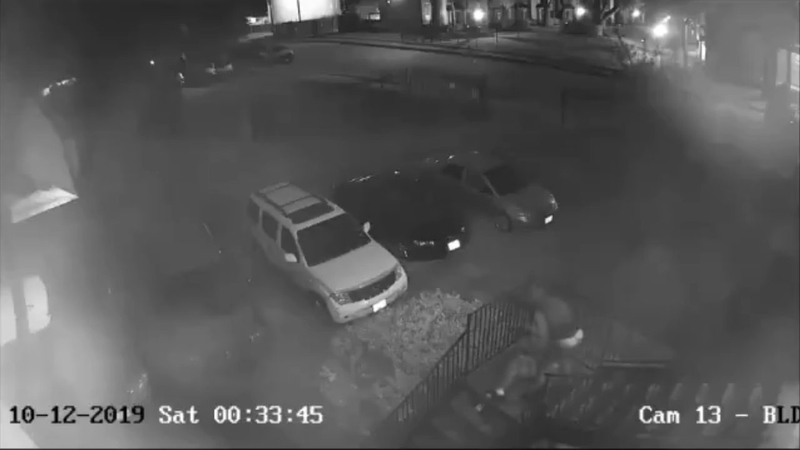 HOUSTON, Texas (KTRK) -- Houston police have released surveillance video that they hope can help find the suspects who shot and killed a man who was trying to protect his wife.

Oscar Anibel Gomez, 53, was shot and killed Saturday when he and his wife were returning to their apartment in southwest Houston, on Brookglade near Dairy Ashford.

Surveillance footage shows when one of the suspects goes after Pineda, while a second suspect assaults Gomez on the stairs.

Pineda said one of the suspects beat her as he tried to steal her purse.

In the video, the suspect who assaulted Gomez eventually runs off, and Gomez is then seen going after him.

Pineda said she heard her husband say to the second robber, "'Leave her, leave her.' Then I heard the gunshot."

Pineda hopes police identify the three men, who she believes are all teenagers. She wonders whether she and her husband were followed when they were driving home, and she longs for justice.

This is surveillance photo of the suspects' vehicle, a dark colored, 4-door sedan, believed to be a Nissan Maxima. A reward is being offered by @CrimeStopHOU for anyone with info leading to an arrest/charges. More info on the incident -->https://t.co/7NAUSXZqwo #hounews pic.twitter.com/1InP2kHEGx