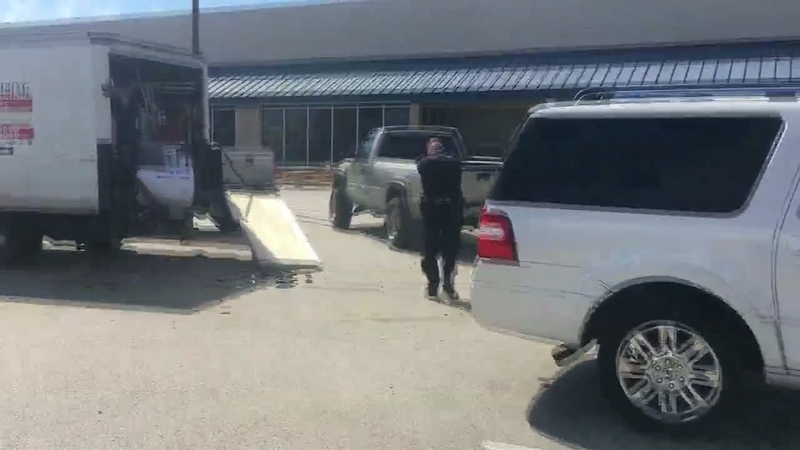 According to Conroe police, officers were responding to a possible stolen vehicle in the Lowe's parking lot on 1920 Westview Boulevard. As the two suspects attempted to get away, they intentionally rammed four parked vehicles. Investigators said a Conroe police officer fired his gun to protect himself.

Police identified the two suspects as 17-year-old Noah Dennis and a juvenile. The second suspect's name was not released.

During the pursuit, a retired HCSO deputy fired a shot, hitting the juvenile driver. The suspects were chased down IH-45 for several miles until the vehicle stopped, police said.

In video recorded by Darrin Blake, you can see the moments shots were fired.

The shooting started just as Rachel Kiely was driving into the parking lot with her 1-year-old son and 3-year-old daughter.

"I saw the gun, then heard the gunfire," Kiely said. "I was jut trying to get away."

Her back window was shattered during the gunfire, but missed her children.

"My son was crying," Kieley added.

Both suspects ran away and were eventually captured after a foot pursuit.

The juvenile, who was wanted on previous charges, was taken to a nearby hospital with non-life threatening injuries and later taken to Montgomery County Juvenile Detention.

The Montgomery County District Attorney's Office is assisting in the investigation.