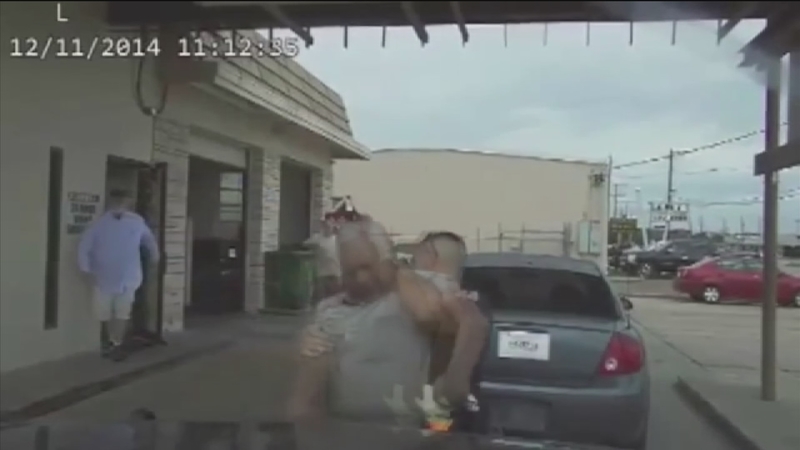 VICTORIA, TX -- A grand jury has declined to indict a Victoria police offer who used a Taser on a senior citizen during a traffic stop late last year.

The decision came down Thursday, but released yesterday, clearing Officer Nathanial Robinson, who used his Taser on 76-year-old Peter Vasquez during a stop for an expired inspection sticker on December 11.

Following an internal affairs investigation by the Victoria Police Department, it was determined Robinson violated three different policies and was fired from the department. Police Chief Jeff Craig cited "conduct and performance", "use of force" and "arrest without a warrant" as the policies Robinson violated.

"I'm happy he's been cleared. I was not surprised. I've known all along that the stop and use of force was reasonable. I'm glad the grand jury did their job."

Cagle said the former officer would like his job back but it's unlikely he will get it. He said his client has no hard feelings.