1 killed when plane headed to Houston crashes in Victoria: Report 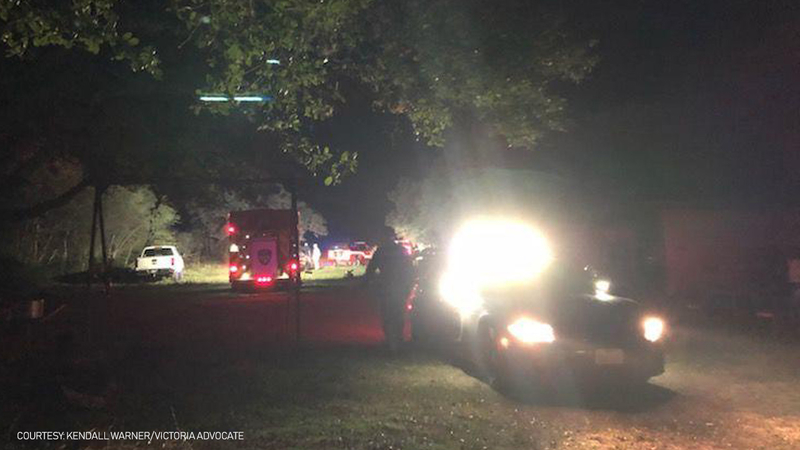 VICTORIA, Texas (KTRK) -- One person is dead after a cargo delivery plane crashed in Victoria County, Texas on Monday night, according to media reports.

According to the Victoria County Sheriff's Office, the crash happened near Benbow Road in the county inland from the central Texas Gulf Coast.

The newspaper in Victoria reports the plane was headed to Houston when it turned around to return to Victoria and crashed around 8 p.m.

Citing the FAA, KAVU in Victoria reported the aircraft was a single-engine plane.

"Air traffic controllers lost radar and radio contact with a single-engine aircraft in the vicinity of Victoria, Texas, around 8:16 p.m. We've received reports from the area that witnesses reported seeing an aircraft go down, but we are still waiting on more details from local law enforcement," a statement attributed to the FAA read.

The sheriff's office said the Victoria Office of Emergency Management and other first responders were called to the scene.

One man died. No one else was hurt.

Deputies were also urging anyone who may have seen or heard anything from the incident to contact them.

It's not clear what led to the crash.

The reported crash site is located about 117 miles southwest of Houston.

Information about the identity of the man who died, the exact type of plane, and the cargo it was carrying has not been released.