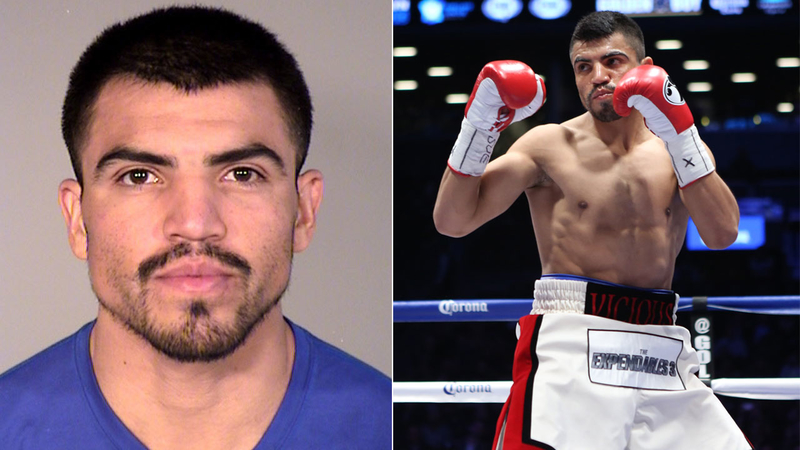 OXNARD, California -- A popular boxer and former "Dancing with the Stars" contestant was booked on rape charges after turning himself in to authorities in Ventura County on Tuesday.

Oxnard police said 31-year-old Victor Manuel Ortiz turned himself in at the Ventura County Sheriff Department's East Valley Station at 3 p.m. in connection with a months-long sexual assault investigation. Police said a woman told them on March 19 that she was sexually assaulted by Ortiz inside a home in the city of Oxnard.

After several months of investigation by the Oxnard Police Department's Family Protection Unit, the case was presented to the Ventura County District Attorney's Office. A warrant for the arrest of Ortiz was then issued.

The boxer, known as "Vicious," was booked on charges of forcible rape, forcible oral copulation and forcible digital penetration, according to a press release from the Oxnard Police Department. Ortiz has since been released on $100,000 bail.

The boxer's arrest comes just days ahead of a nationally-televised fight planned at the Citizens Business Bank Arena in Ontario.

Ortiz was also a contestant on season 16 of "Dancing with the Stars" in 2013.