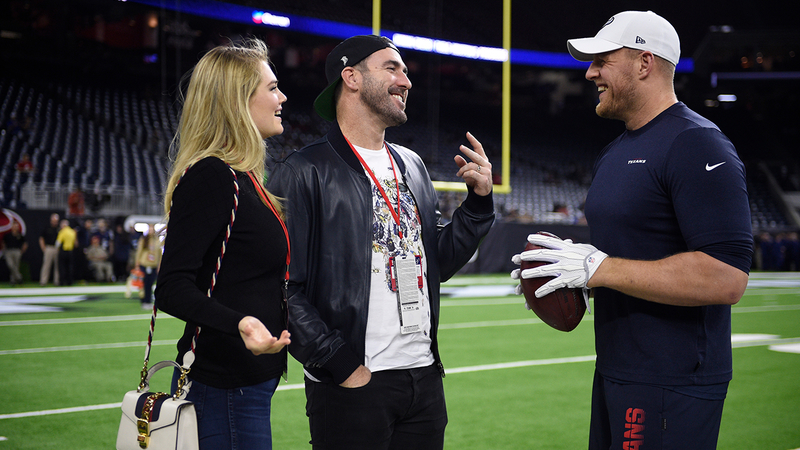 Before the Houston Texans hosted the Indianapolis Colts for a Thursday night football matchup, Houston Astros ace Justin Verlander and his wife, supermodel Kate Upton, strolled on the field at NRG Stadium and met with star defensive end J.J. Watt.

Their interaction was captured on camera and posted to the Texans' social media accounts.

The Verlanders' visit to Houston's other famous Justin - Watt's initials stand for Justin James - was also the first public appearance by J.V. since he won his second career AL Cy Young Award.

Upton also posted to her Instagram Stories her and her husband's night inside a luxury box during the game.

Of course, Watt is no stranger to the Astros. Between using Minute Maid Park for his charity softball classic and tossing a first pitch before a game, Watt has been on record to mention Jose Altuve as his favorite Astro.

This is not a joke! Also, feel free to add as many emojis as you'd like!