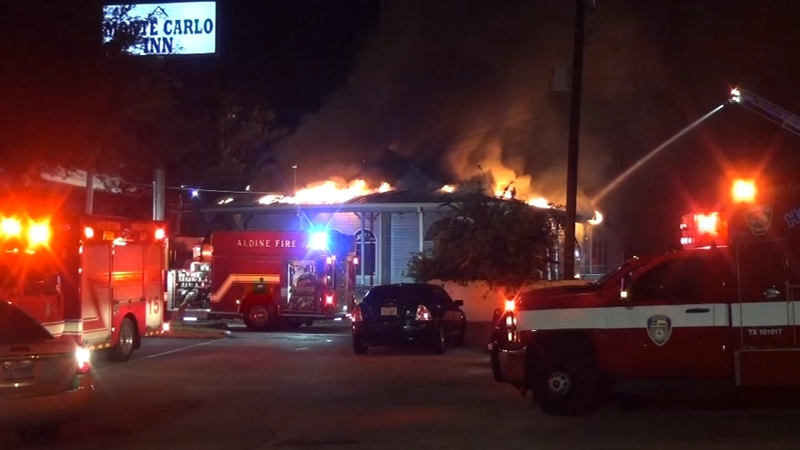 HFD tames flames at lounge along the N. Freeway

At about 4:45 a.m., HFD responded to a building fire and found smoke coming from the roof at the Vent Sports Lounge at 12320 North Freeway.

Officials say the overpass near the restaurant was closed due to visibility issues but has since been reopened.

At about 6:45 a.m., the fire was controlled and put out, although HFD says there were issues making sure that the gas was turned off which CenterPoint is investigating.

HFD said that the building had been abandoned and it is unclear what led to the fire.

According to HFD, the fire caused an estimated $750,000 worth of damage.

Firefighters responded to the scene around 5 a.m. It is unclear if the business was operating at the time of the fire.