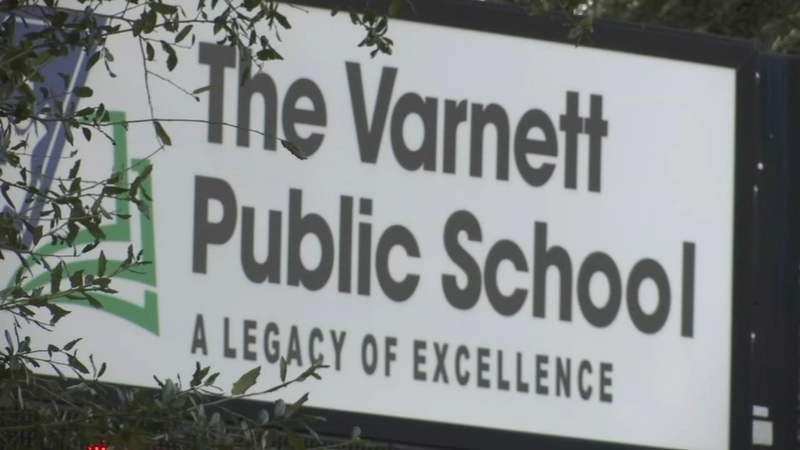 11-year-old says teacher pushed her during incident at school

HOUSTON, Texas (KTRK) -- A Houston mom has filed a police report after she said her daughter was assaulted by her teacher.

"She was calling me crying and she was scared. I was like, 'Kamille, what's wrong? " said Sabrina Chandler. "She told me that her teacher in the cafeteria pushed her. She said, 'Yes, ma'am. She pushed me to where I almost fell on the ground.'"

Chandler said she got the frantic call from her 11-year-old daughter Wednesday during lunch. She said her daughter, Kamille Estes, explained the incident in the cafeteria at Varnett Public School's southwest campus.

Estes said it started when the teacher yelled at several boys in the cafeteria to clean a dirty table. She added that the teacher used a megaphone to address the students.

"She stomped on the table and scared me," recalled Estes. "Usually, when she gets on one person, she gets on everyone at the table. So I turned my back so I wouldn't get in trouble."

Estes said the two got into a verbal dispute, when the teacher accused her of putting her hand on the teacher's face.

"I went like this and she said I had put my hand in her face. But, I didn't. That's when I walked away and she pushed me," Estes recalled.

When ABC13 reached out to the school about the report filed by Chandler, Communications and Marketing Director Peter McConnell sent the following statement:

"The reported allegation has been thoroughly investigated. Witness statements confirmed that an incident did occur in the cafeteria. Appropriate disciplinary actions will be taken as a result of this investigation. The Varnett Public Schools remain committed to our core values that include ensuring the safety and well-being of our students and staff."

When asked if the teacher was still on campus, McConnell stated VPS will have no further comment on the matter.

"I thought once I left (the school) Wednesday, the problem would be resolved. Meaning, the charges will be filed. She won't have to go to school and see you know, someone who tried to you know hurt her and be scared. But when she got to school this morning, the first thing she texted was, 'Mom, she's here! Oh my God. I'm scared,'" Chandler said.

Estes was not seriously injured in the altercation. But Chandler said her daughter will not be attending VPS if the teacher remains there.