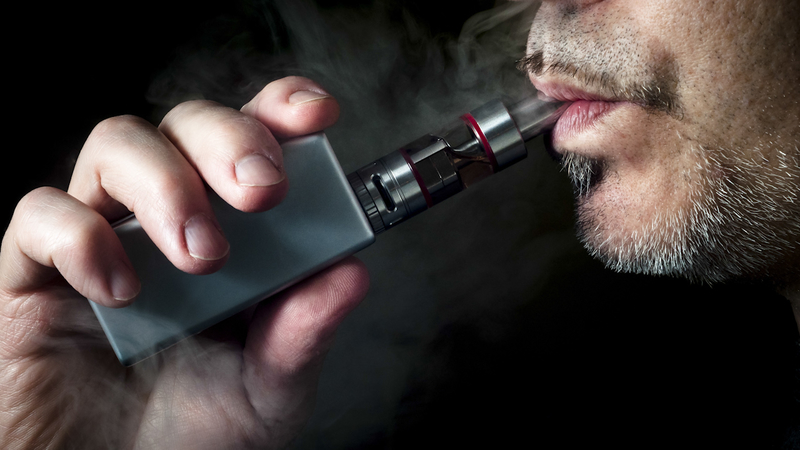 Officials say the hospitalizations all occurred in August and fit the profile of an outbreak associated with the use of e-cigarette products.

During a press conference on Wednesday, officials said that the outbreak is impacting younger people in their teens and early 20s more than older people.

"This is a very serious outbreak and I urge all parents to check with their children to make sure they are not using e-cigarette products. Adults should also stop using the products," said Dr. David Persse, local health authority for the Houston Health Department and EMS medical director. "These illnesses are life-threatening, even for healthy young people who may not regularly use these products."

"These three people are just those we've confirmed so far," Dr. Persse continued. "We'll very likely find other cases and, unfortunately, there will probably be new cases until the cause is identified."

Two of the three Houston teenagers have been released from the hospital, health officials said Tuesday.

According to the Centers for Disease Control and Prevention, there have been over 450 cases across the U.S. and five confirmed deaths.

Officials have not pinpointed what's causing the severe outbreak, and says it could be linked to the ingredients in the pen, contaminates or a combination of factors.

Many patients report using e-cigarette products with liquids that contain THC, but others have reported only vaping nicotine.

Health officials are urging people not to use e-cigarettes while they investigate the cause of the outbreak.

Those who do decide to use the products should not purchase them on the street or the internet because they could be contaminated by chemicals that cause lung damage, officials said.

"The girl handed it to him. He hit it and passed out. He would not wake up. He was not waking up. They tried to get him up. He was not getting up so the ambulance had to come and get him on a stretcher," witness Ariel Scott said.

"Tomball ISD can confirm a student at Tomball High School experienced a medical emergency during an after school activity involving a vape pen. A staff member immediately recognized the emergency, assisted with the incident as the student became ill and called 911 immediately. An ambulance arrived and the student was transported to a local hospital where family members were present. We have no new details on the student's health at this time. In Tomball ISD, educational resources have been put in place and the district will continue its efforts to educate students and parents on the negative effects of vaping."