Twenty local artists will create a series of murals honoring murdered Army Specialist Vanessa Guillen, one for each year of her life.

HARRIS COUNTY, Texas (KTRK) -- On Saturday, a portion of Highway 3 in Harris County will be dedicated to Houston-native Army Specialist Vanessa Guillen.

Twenty local artists will create a series of murals honoring Guillen, one for each year of her life.

Two years ago, Guillen was killed by another soldier at Fort Hood near Killeen, Texas.

Guillen's family has long maintained she suffered sexual harassment at the base before being killed.

Her family said she didn't report the sexual harassment, fearful her chain of command would retaliate against her.

Cecily Aguilar is the only person charged in Guillen's 2020 murder.

According to court documents, Aguilar reportedly told Texas Rangers that Guillen saw photos on Robinson's phone of Aguilar, and Robinson was worried Vanessa would report him for violating the Army's fraternization policies. 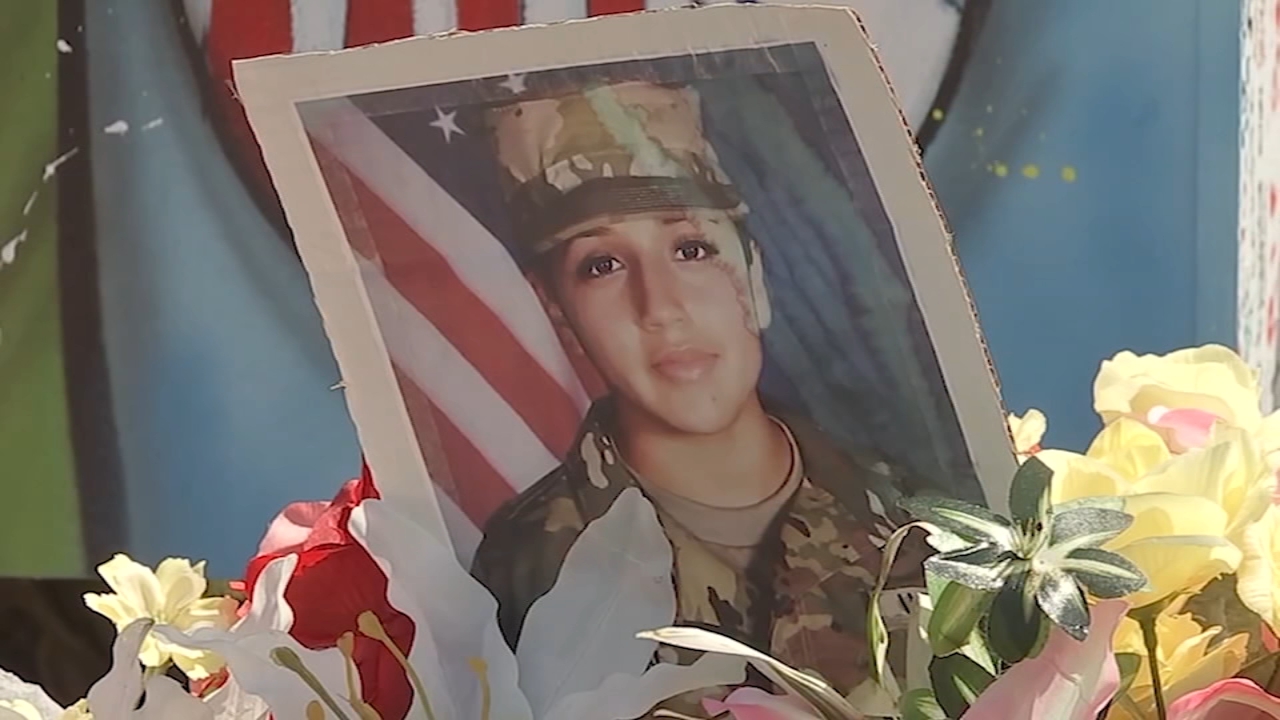