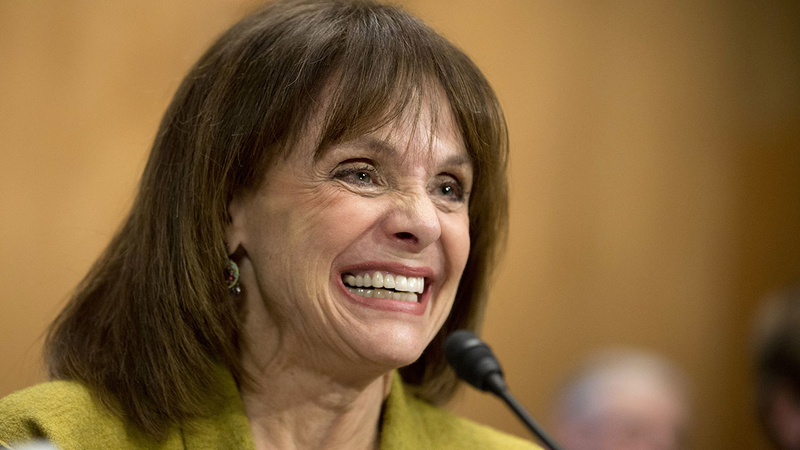 Actress Valerie Harper, best known for her roles in "Rhoda" and "The Mary Tyler Moore Show," has died at age 80, her family says.

Her family confirmed the actress died at 10:06 a.m. Friday. The cause of death was not immediately disclosed but she had been treated for cancer since 2009.

Harper first came to fame for her role as Rhoda Morgenstern on "The Mary Tyler Moore Show" and then the character was spun off to her own sitcom, "Rhoda," in the late 1970s.

She won four Emmys and a Golden Globe for her work in those two shows.

Harper returned to TV in 1986 as the lead in the sitcom "Valerie," though she left the show after the second season in a contract dispute.

A beautiful woman, a wonderful actress, a great friend and with balls bigger than mine. Her brilliance burst through and shined its light upon all of us. Goodnight beautiful. I’ll see you soon. pic.twitter.com/FicADkSAzS

Ed Asner, who costarred on "The Mary Tyler Moore Show," paid tribute to Harper on Twitter: "A beautiful woman, a wonderful actress, a great friend and with balls bigger than mine. Her brilliance burst through and shined its light upon all of us. Goodnight beautiful. I'll see you soon."

Even when she was down she danced and showed the world that she refused to let cancer beat her. Now Rhoda is with Mary in heaven. RIP Valerie Harper. You were the epitome of strength and humor. 😢🤟🏻 pic.twitter.com/CEGWl4hfhA

Through the course of a television, film and theater career that spanned nearly seven decades, Harper was nominated for eight Emmys, winning four; and nominated for six Golden Globes, winning one. She was also nominated for a best actress Tony in 2010 for her role in the play "Looped."

After publicly disclosing her cancer diagnosis, Harper continued to work on television and stage well into her 70s.

In recent years she had roles on shows such as "2 Broke Girls" and "The Simpsons" and in 2013 appeared as a contestant on ABC's "Dancing with the Stars."

Earlier that year, she had said her doctors had given her only months to live, but she later responded well to treatment.

In a contemplative mood, she reflected on the subject of death at that time in an interview with KABC's George Pennacchio.

"We would not have life without death," Harper said. "It is a passage, it's part of life. That's what I've come to realize."