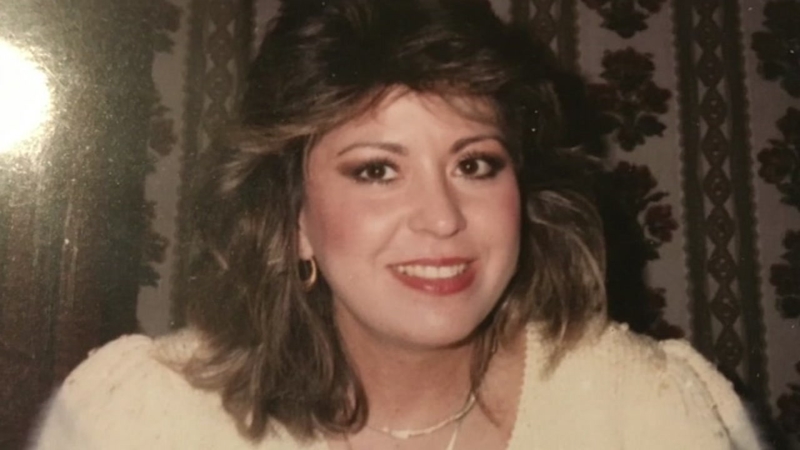 On Valentine's Day in 1986, she discovered her oldest daughter, Marilu Geri, dying inside her home near Sugar Land. Marilu was shot several times inside the home she shared with her husband in the 9800 block of Chalford Street in Fort Bend County.

On the day of her murder, Marilu planned to host a party at her house celebrating Valentine's Day and her mother's birthday. Her mother, Maria Serrato, found her body after going to the home to help with party preparations.

"Our lives have been completely changed for 32 years...we've been waiting for some justice for Marilu. We're her voice today," said her brother, Luis Serrato.

Marilu Geri was 33 years old. Investigators say she and her husband Stephen had just moved into their home. He operated an insurance business from the house and she worked for him. There were no signs of forced entry, detectives say, and no evidence that anything of significant value was stolen, despite what Stephen once said.

"We have leads. We have suspects but were still not there yet," said Fort Bend County Sheriff Troy Nehls.

Detectives have sent evidence to the DPS crime lab in Houston for re-analysis. They're hoping advancements made in forensic testing in the years since the murder might turn up something they previously missed. They've long called Stephen Geri a "person of interest," but they stop short of using the label "suspect".

"If he didn't do it himself, he may know or have had something to do with it," said Nehls.

Marilu's siblings just want answers before their mother is no longer around to finally see justice.

"It's hard knowing that the person responsible for this is living their life... enjoying things and not giving a second thought to what they did to our family," said Marilu's sister, Diana Serrato Burkhart.

The reward for information leading to an arrest in this case has been increased to $20,000. If you have any information that might help investigators, you can call Fort Bend County Crime Stoppers at (281) 342-TIPS. You can also submit your tip online at www.fortbend.crimestoppersweb.com.

You can remain anonymous.

SEE ALSO: Army vet's final words as he pleaded for help on 911 call, and his killer remains a mystery

911 calls reveal last words of Army vet after he was stabbed several times outside of a donut shop in 2010.