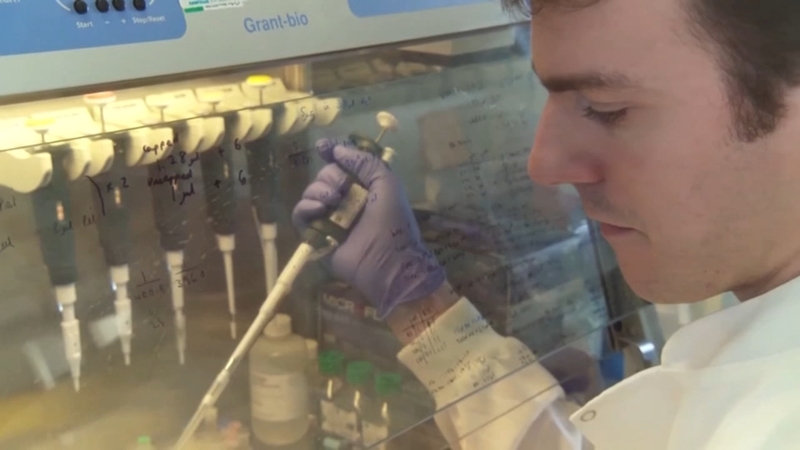 Will the COVID-19 vaccine work against the new variant?

In an alert sent to all health care providers, the U.S. Food and Drug Administration noted data suggests current COVID-19 vaccines are still effective against the latest reported variations of the virus.

The FDA announced on Friday that its monitoring to see if the latest reported variation of the virus produces a false negative on tests. They believe the impact on the overall testing accuracy remains very low.

Harris County Public Health confirmed having the first case of one of the COVID-19 variants named B.1.1.7 in Texas. This was the same variant discovered in the UK.

UTMB Professor Dr. Pei Yong Shi was part of the study that tested the Pfizer vaccine to see if it was effective against the mutated strain.

"We found that the mutation does not compromise the neutralizing activity of the vaccine," Shi said. "It's equally effective right now. But, of course, we are still continuing to study other mutations, as well as a combination of all the mutations particularly in the spike region, or in the spike gene."

In the video, watch our ABC13 team walk you through using the vaccine tracker within this page.

Pfizer also announced the findings on Friday in a press release and noted about 20 patients are currently in vaccine trials.

Dr. Peter Hotez with the Baylor College of Medicine said this is why it's important to continue to monitor the new variations of the virus, and for the United States to ramp up its "real-time" gene sequencing efforts.

Hotez also said the nationwide effort to distribute the vaccine has to improve and speed up in order to get enough people vaccinated in eight months or the end of the year.

"That's 3.6 million people who have the vaccine ideally over the next six months and that's a pretty large number, right?" Hotez said. "That's 600,000 Houstonians every month, which is around 20,000, a day and we're just not at that capacity at this point. It's all hands on deck for getting to that very high bar. It's doable, but it really is going to take a lot of commitment. What I want to hear is every public official across the nation, make that their most important activity. Doing everything possible to ensure that the American people get their vaccines."