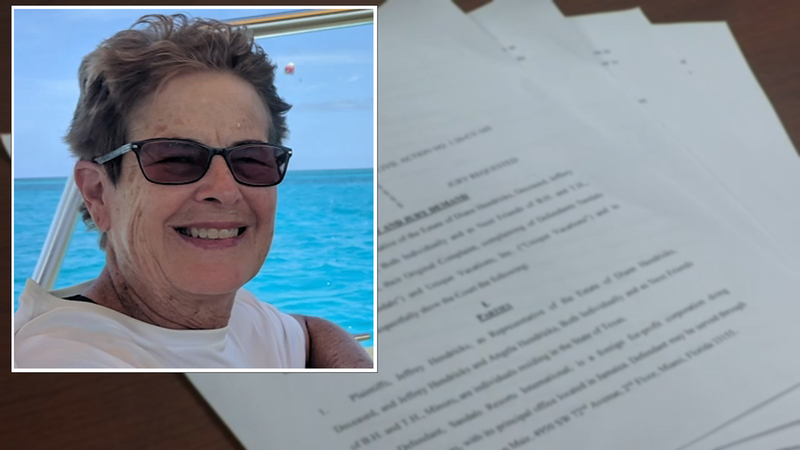 HOUSTON, Texas -- The family of a grandmother is suing Sandals Resorts International and Unique Vacations after she drowned on a snorkeling excursion booked through the company last July.

As days and months go by, processing what happened to Diane Hendricks has not gotten easier for her family, who was with her when she died.

Her son Jeffery Hendricks, his wife Angela and their two children struggle with the painful memory of that day.

Jeffery says they booked a snorkeling excursion to go on during their vacation through Sandals Resorts International, but shortly after they got into the water, things took a tragic turn.

"It was a conch shell snorkeling adventure," Angela said. "I've been kind of an avid snorkeler. So, I went and dove to get one for the boys. When I came back up, I noticed she was at the back of the boat."

When they noticed Diane, she was limp and unresponsive in the water.

"We were in hopes that the two operators were going to help in our assistance and that just wasn't the case," Jeffery said.

Their lawsuit states the tour operators did nothing to save Diane, refused to perform CPR, and didn't have any life-saving equipment on board.

Diane was eventually taken to shore and then to a hospital where she was pronounced dead.

Jeffery said Sandals Resorts offered them a five-day stay in one of their resorts, but the family wants more to be done to ensure another family doesn't have to endure the same pain.

"To offer somebody who just lost their mom and their grandmother, their mother-in-law, five free days to release them from their liability is really why we're here today," said the family's attorney, Muhammad Aziz.

"We remain deeply saddened by the passing of one of our beloved guests in July of 2019. While we cannot comment in detail on an incident that is the subject of an active legal matter, our thoughts and sympathies remain with the family."