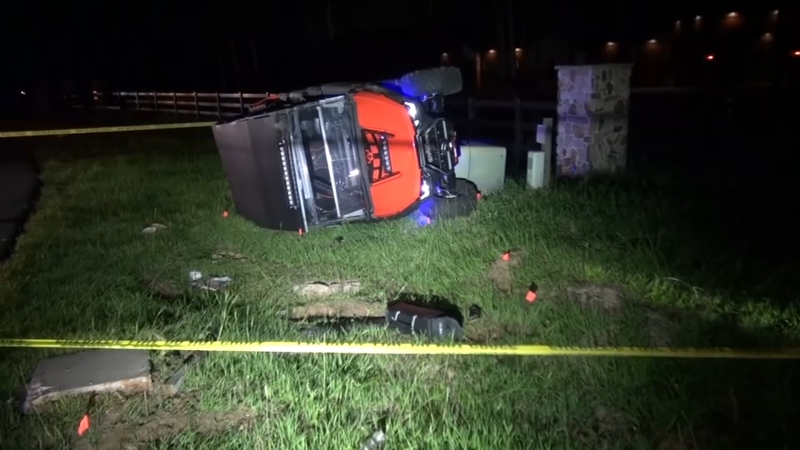 MONTGOMERY COUNTY, Texas (KTRK) -- A 15-year-old girl died Thursday night after the utility vehicle she and three others were riding in rolled over and crashed in a Montgomery County neighborhood.

It happened around 9:45 p.m. in the Crown Oaks subdivision between Magnolia and Montgomery.

Four teens were riding in an Intimidator utility task vehicle on Crown Oaks Drive when the driver lost control of the vehicle and it rolled over, trapping the girl underneath, according to authorities.

The UTV was traveling at a high rate of speed when the teens approached a curve, DPS troopers said. The UTV came to rest against an electrical transformer box.

Medics tried to perform CPR on the scene on the 15-year-old. Another teen involved was treated for minor injuries. It wasn't clear if the others suffered any physical injuries.