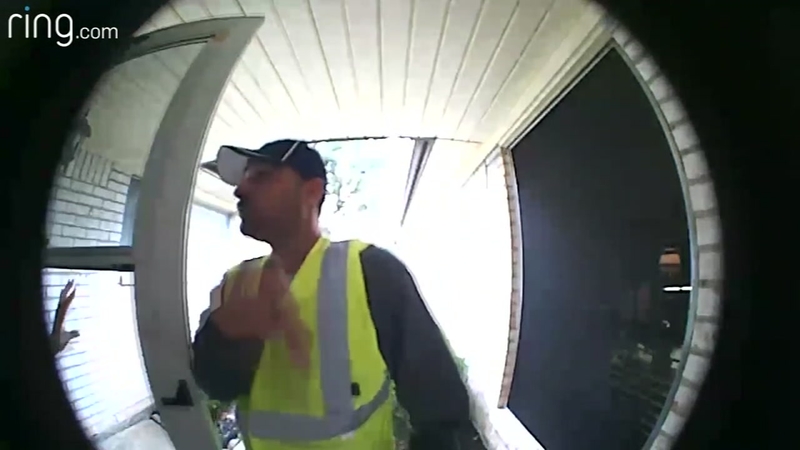 Pearland woman says she was burglarized by men posing as tree trimmers.

PEARLAND, Texas (KTRK) -- An elderly couple says they no longer feel safe in their own home after they were targeted by thieves posing as tree trimmers.

"I see that he's got a jacket on with neon stripes like he's a worker," said the homeowner, who didn't want to be identified.

When the homeowner answered the door, the man said, "Hello there, sweetheart. I'm so sorry for bothering you."

The man claimed he worked for a tree trimming company and he needed to access some cables that may be in the yard. She says he asked if she could take him to the yard.

The homeowner told the man he would have to go through the outside gate.

What she didn't know was that he had let himself in the back door and unlocked the front door.

Another man, wearing blue gloves, slipped in the front door.

When the homeowner went back inside, she realized what had happened.

"My drawers were pulled out, my jewelry was gone, my wallet was tipped upside down in my purse," she said.

Pearland police are searching for the two suspects.