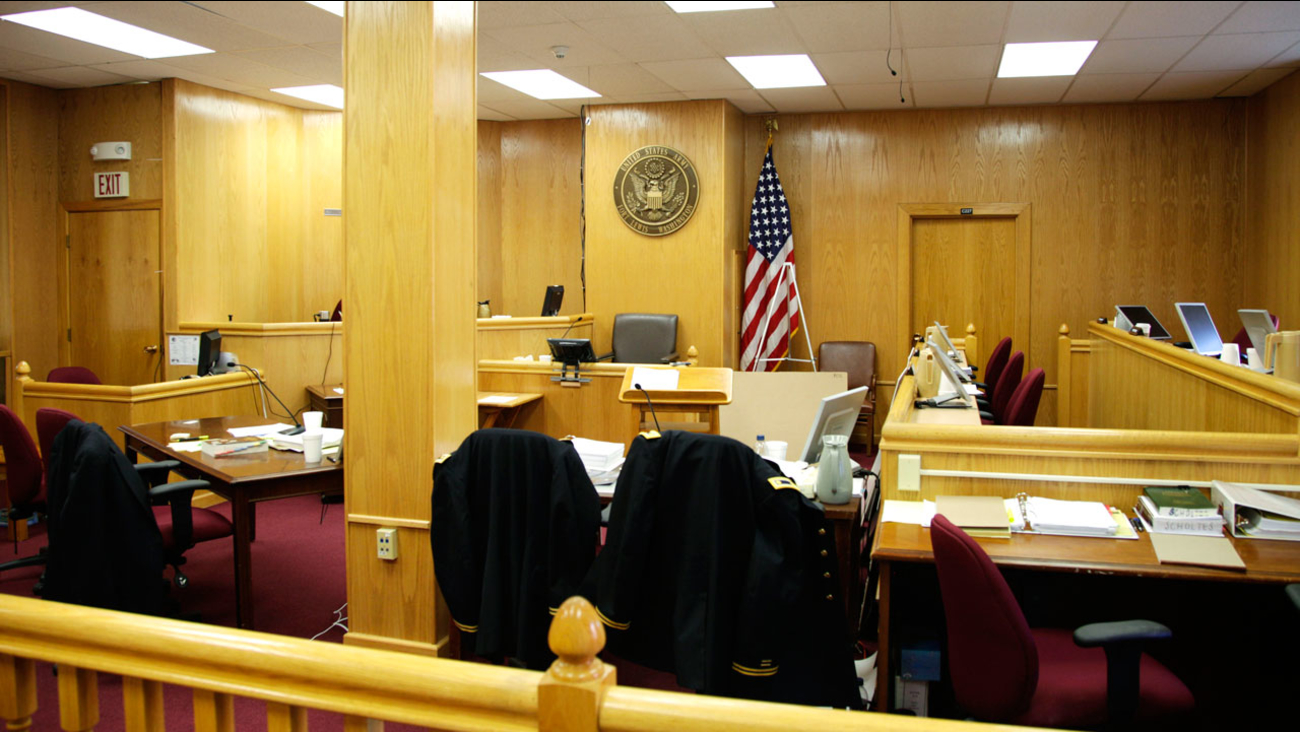 A look inside a courtroom. (AP Photo/Ted S. Warren)

HOUSTON -- The final member of a crew responsible for more than 30 armed robberies throughout Houston is now headed to federal prison for nearly 48 years, announced U.S. Attorney Kenneth Magidson. Rodney Ford, 19, of Houston, pleaded guilty Nov. 4, 2015, to conspiracy to interfere with commerce by robbery and two counts each of brandishing a firearm during and in relation to a crime of violence.

Today, U.S. District Judge David Hittner handed Ford 188 months for the robbery conspiracy in addition to 84 and 300 months for the first and second firearm charges which must be served consecutively to each other and to the underlying conspiracy. The total 572-month sentence will be immediately followed by five years of supervised release.

Earlier this month, Ford's co-conspirators Jerrol Bluford, 22, Calvin Smith, 20, and Jamone Jones, 21, all of Houston, received sentences of 41-49 years in federal prison. Jones received 588 months, while Bluford and Smith were ordered to serve total sentences of 553 and 492 months, respectively.