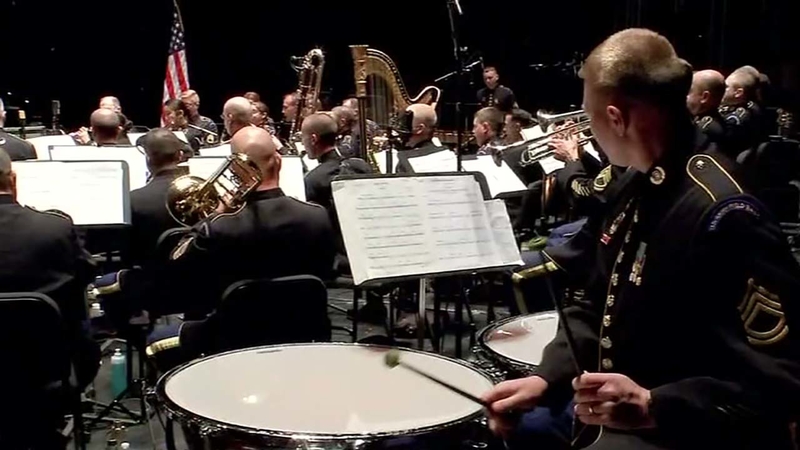 Band members said they're honored to represent the armed forces as they travel across the country to help inspire young people in music and in serving their country.

Master Sergeant Rose Ryon, soprano section leader of the chorus, said the band also serves as a reminder of the sacrifice fellow soldiers are making right now across the globe.

"That for me is the most fulfilling part. Representing those soldiers who do the hard work and seeing how the American public responds to the American soldier, which is usually tears and joy," Ryon said.

The band serves as ambassadors for the Army as they travel the country hoping to inspire both the next generation of musicians and soldiers.